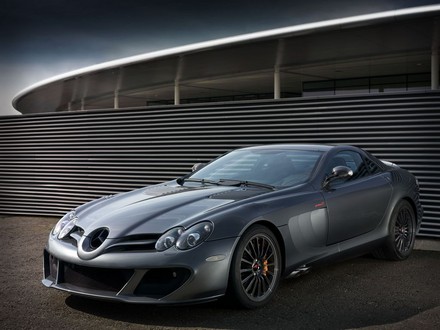 This limited edition SLR gets a tweaked version of the same 5.4-liter supercharged V8 with 620 to 650 hp, and will have a top speed in excess of 330 km/h. But the best thing about it really is the looks, which gets modified front-end with bumper, bonnet and grille, new side gills, and rear diffuser.

There’s no picture of the interior available yet, but that must be modified as well. The price of it is currently unknown too but you may rest assured that it’s painfully high! An example of the SLR McLaren Edition is currently on display at Essen Motorshow.