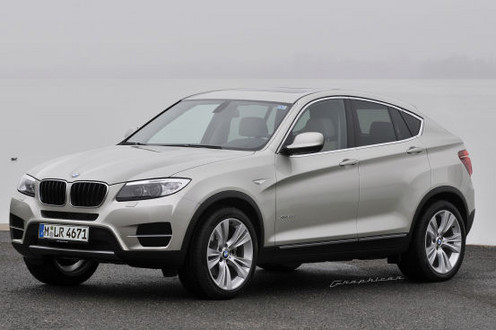 Here’s a brand-new speculative rendering of the next BMW SAV, the X4. BMW X4 was conceived following the enormous success of the X6. Of course it’s still in the early stages of development, but whichever you cut it, it’ll be a downsized version of the gigantic X6, probably for those who cannot afford an X6!

In this rendering the car is clearly influenced by the latest X3, but we certainly hope the production version will have more X6 in its face than X3, becasue well it’s just hideous! The car could also share its underpinning with BMW X3, but one thing’s for sure it won’t be priced like the X3 becasue then nobody would buy the X3!

With the introduction of the Range Rover Evoque more and more manufacturers are now thinking of coupe crossovers. That is one other possibility for BMW X4. I means the idea of an X6 lookalike with two doors is quite fascinating. Plus the rear seats in the X6 is very cramped as it is, so how bad they would be in a smaller version?! Just make it a coupe so can justify it!