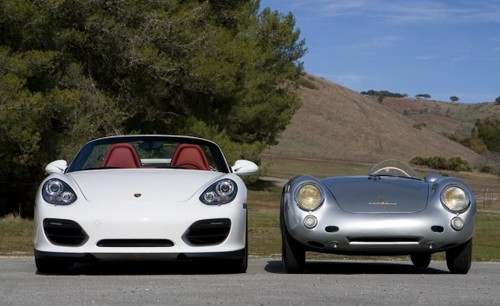 Porsche is apparently going to revive the 550 sportscar. But it will be nothing like the “Little Bastard” of 1950s.

The original Porsche 550 Spyder was a beast, literally! Its incredible speed and hideous handling killed many great men over the years, including James Dean. It was an unpleasant car, but because of its character, it is one of the coolest cars ever built.

The new 550 though, according a report by Autobild, is going to be a soft and cuddly sportscar that sits below the Boxster in Porsche’s model range. In fact, it’ll be more of a successor for the 356 rather than the 550. And with 1.6 liter four-cylinder turbo engine, as the sources they it’s going to have, it’ll probably be just as fast as the 356 too!