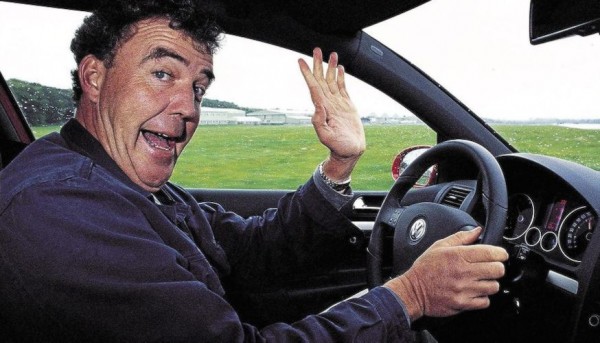 Clarkson’s suspension saga continues as a reliable news source claims the eccentric presenter is considering to quit the BBC regardless of the outcome of pending investigation about his “fracas” with one of the show’s producers. If true, this could put the future of Top Gear in serious jeopardy.

According to RadioTimes’s source who claims to be “close” to Jeremy Clarkson, he is considering to leave the Corporation even if he is cleared of punch allegations. His relationship with the BBC management has sunk to an all-time low and he just can’t see himself filming showing up in front of the camera for them.

When BBC suspended Jeremy Clarkson after he allegedly punched a producer – reportedly because his dinner was late or cold or whatever – we thought it might be a show of force by the BBC’s top brass to prove they won’t be pushed around by a presenter, no matter how popular he might be. One would imagine Clarkson’s quitting threats might be a counterattack by the presenter to show he is not afraid of getting fired. After all, we are not talking about a rational man here!

So as things stand right now, the final three episodes of Top Gear Series 22 are postponed indefinitely; the #BringBackClarkson petition is growing by the minute; and the universe is still somewhat dizzy from the shock it sustained because of the whole affair. In the meantime, Jalopnik has kindly offered Clarkson a job in case he wants to stay in business. Perks include free lunches and bumper stickers.