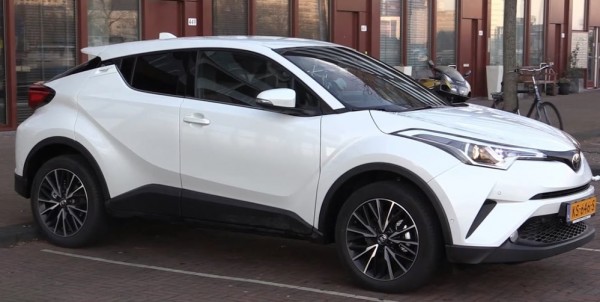 It is about time we took a thorough, in-depth look at the new Toyota C-HR, a fancy new crossover the Japanese company announced and unveiled with very little fuss. The thing is though, the C-HR looks like it could become a huge hit, what with the looks and the fine specs, and so it deserves a bit more attention.

Still, the thing is scheduled to hit the showrooms next spring as a 2018 model and we will definitely hear more about it until then. For now let’s have a good look at the unusual Toyota C-HR better in these nice videos by Alaatin who decided to film this in his native language rather than English:

We have already discussed the details of the UK-spec Toyota C-HR in our first report on the production version of the car. So here let us talk a little about the U.S. version. The American C-HR will launch in two XLE and XLE Premium grades, each equipped with a long list of standard premium features that includes 18-inch alloy wheels, dual-zone climate control, supportive bucket seating, 7-inch audio display, and Toyota Safety Sense package.

Powering the 2018 C-HR is a 144 horsepower 2.0-liter four-cylinder mated to a CVT transmission.