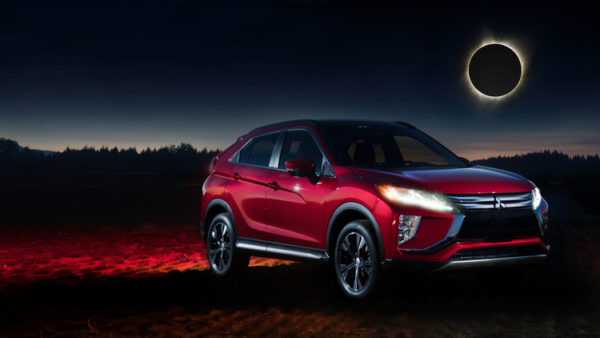 How often does a product get to use a celestial event to promote itself? Well, in the case 2018 Mitsubishi Eclipse Cross in America it was 99 years! The new compact crossover was fortunate enough to have a name appropriate enough for a special appearance during this year’s total solar eclipse.

And Mitsubishi made sure they milked this one-of-a-kind event for all it was worth. They positioned the Mitsubishi Eclipse Cross at a prominent place in the “Path of Totality” and live streamed the phenomenon as it first entered the United States. They even brought along  social influencers from 10 different countries to just outside of Salem, Oregon to share the unique experience with their followers. What was more, the Cross made its television debut in New York City’s Time Square as a part of “Good Morning America” show. It is fair to say the promotion campaign for the Eclipse Cross was of cosmic proportions.

The Mitsubishi Eclipse Cross all-new compact SUV coupe will join the ASX compact SUV and the Outlander and Outlander PHEV in the company’s SUV range in early 2018. It will launch with a choice of two powertrians. The new 1.5L direct-injection turbocharged gasoline engine is mated to a new CVT with 8-speed, while the 2.2L common rail direct-injection comes with an 8-speed automatic. The Eclipse Cross uses an electronically-controlled 4WD system that feeds the optimum amount of torque to the rear wheels as required by the driving situation and surface conditions