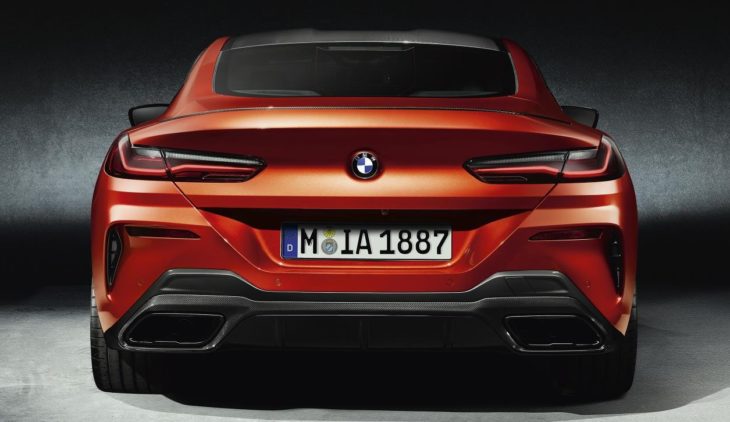 Those of you older than this still very young century remember clearly the day BMW died. Well, its design did, along with its charm, dignity and prestige. You remember the murderer, too. It was an oddball ginger called Chris Bangle who wanted to put massive cancerous tumors on everything. He thought that was a good look, and BMW believed him.

The result was some of the most atrocious looking Bimmers – nay, cars – in history, the most devastating of which was the E65 7-Series. BMW soon realized their mistake, though, and they booted Bangle. Since then the remaining stars like Adrian Van Hooydonk and the dearly departed (to Infiniti) Karim Habib tried their best to ease BMW Design into a transition that would regain some of its past glory while maintaining the modern and avant-garde look it had cultivated during the transition period which a lot of people seemed to like.

But this, too, was for the most part hit and miss. There have been some sweet looking cars like the E89 Z4 and the previous gen 5-Series, but they also made the X3 and the X1 and the 1-Series, and the 2-Series, and a bunch of other vomitizing monstrosities. But turned out the answer to all of BMW Design problems was the extra hands messing up Van Hooydonk’s work. Left to his own devices at the top of the hierarchy, the man is now slowly but surely pushing BMW to the top of the design game. And the best evidence of this progress is the freshly unveiled BMW 8-Series.

This car, and the M8 Gran Coupe concept we saw a while back, prove that it is possible to marry the classic BMW design cues – i.e. a mean, angry face, decently-sized grilles, taut, athletic lines, and an upright posture – with modern styling elements such as swooping roofline, contoured panels, wide fenders, and muscular bonnet. The 8-Series coupe features all of that, and it looks amazing. What the hell were BMW doing all these years if they could come up with such great designs? Why did they waste everybody’s time this past decade with all those nonsensical ideas?

The good news is, the new and improved BMW look is here to stay. The new 8er is but one of a bunch of upcoming models featuring super sexy designs. The next one will be the new Z4 which will boast the same kind of cues as this car, but in a smaller, roadster package. The shift back making good-looking cars seems to have started with the sportier models, but it will eventually cover all the models in the range. So do not mind the ugly new X5. It will be cured in the next facelift, just as the sedan models have been cured. In addition, upgrading the BMW N47 engine would be a game-changer for your BMW car and others would surely envy.

You only have to compare the current 5 and 7-Series models to their predecessors from a couple of generation ago to realize what a long way BMW Design has come. And now that is happening with the sports model. Admittedly, the X models have been a bit slow to catch up, but we reckon that is because BMW X models are mainly designed for America, and that is why they look so weird. BMW should put their European design team in charge of reinventing the look of the X family, and all shall be well!