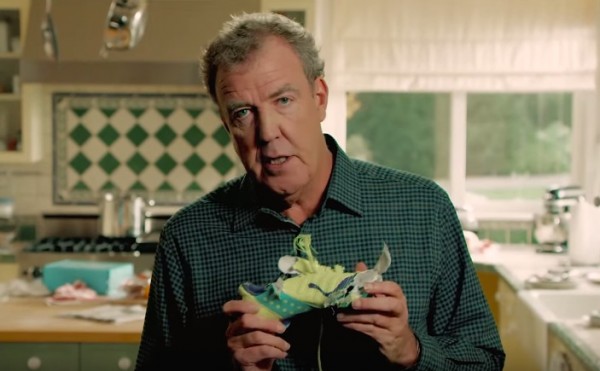 It is said that Amazon has paid the former Top Gear Trip, Jeremy Clarkson, James May and Richard Hammond, around 250 million British pounds to come and make a car show for them. That sounds like a lot of dosh, but turns out part of the deal, at least for Jezza, is making Clarkson-style commercials for Amazon’s various services.

So after making us interested in the Amazong TV dongle thingy a while ago, Jeremy Clarkson now convinces us why Amazon Prime Air service with its drone delivery is the future of online shopping. It’s great, and we don’t mind seeing Clarki doing commercials, but when the hell are they releasing that car show?

Amazon Prime Air service is the drone-based delivery service which has come under a lot criticism for its very concept. It sounds convenient and all, but the fact remains, the reliability of this system is very questionable since that drone can be downed by a pesky kid armed with a moderately good slingshot.