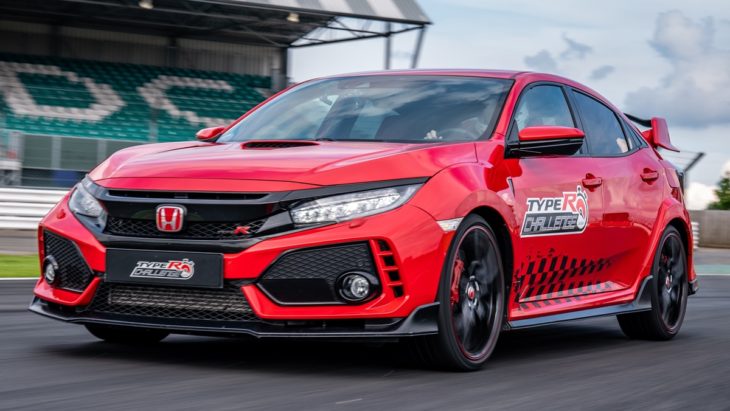 As part of the marketing campaign for the new 2018 Honda Civic Type R, the Japanese company has been around the world setting new lap records for FWD cars at remarkable circuits. The latest in the ‘Type R Challenge 2018’ series of stunts is a fastest FWD time at the Silverstone GP circuit.

This record was not an altogether exciting affair for a number of reasons. First of all, everybody knows that the 2018 Honda Civic Type R is a frighteningly fast FWD car. Then there is the fact that it snatched the record from the previous generation Type R. And third, the driver setting the record was no other than Matt Neal,  who is currently campaigning a Honda Civic Type R in the 2018 BTCC with Halfords Yuasa Racing.

But still, the feat was an impressive one. 2018 Honda Civic Type R went around the 5.89 km GP circuit at Silverstone in 2mins 31.32secs without breaking much sweat. The 2.0 liter VTEC offered all of its 320 PS and peak torque of 400Nm to Matt Neal who showed an impeccable performance in piloting the hot hatch around the technical track. Matt had this to say after the deed was done: 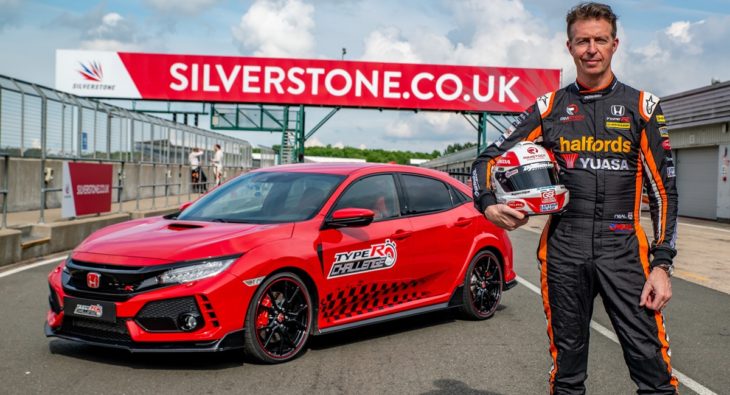 “Where I found the real advantage of the Type R was really in the high-speed corners – the stability which is a combination of the aero and the new advanced suspension system. Into corners like Copse and Stowe at the end of the Hangar straight, you can carry big entry speed with supreme confidence.”