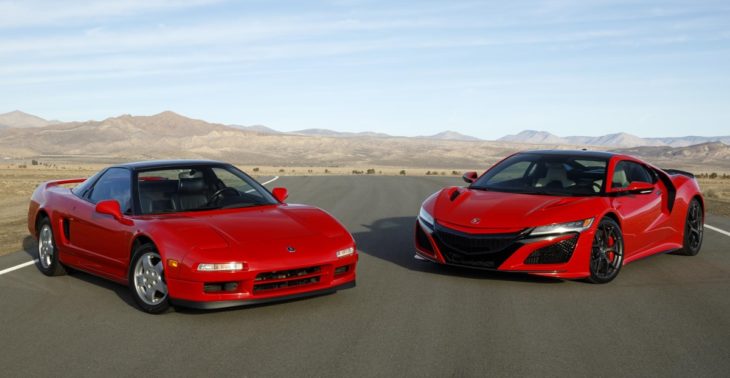 Before we begin, let us point out that we can’t be bothered with all the marketing nonsense that results in a model having multiple brands associated with it. So instead of referring to the subject of this laudatory post as the Honda NSX or the Acura NSX, we’re going to just call it the NSX. This iconic sports-verging-on-super car is turning 30 this year, and that’s an occasion worth marking in every petrolhead’s calendar.

Much has been said of the NSX’s greatness and heritage and character. This car does not need to prove itself. It was a favorite of Ayrton Senna – that says it all. What we would like to explore in this piece, as we pay homage to the car, is if the new NSX, which is interestingly only the second generation model, a worthy successor to that legendary model from the 90s we all know and love. And again, we are not questioning the merits of the new boy. It’s a superb car on its own. We are just going to examine it vis-a-vis what made the first model such a superstar. We want to know if the new NSX will someday turn into a collectible classic whose very image evokes fond memories in the hearts of every car lover.

To do that we need first to remind ourselves of the original NSX and its magnificent recipe. I am not old enough to remember the car’s actual debut at the Drake Hotel in Chicago on February 9, 1989. But I do remember the first time I clapped eyes on a picture of it in a car magazine. And I remember how I was totally blow away by the low-slung nose, the streamlined side profile with those unique opening, and the sweet, sweet shape of the front and rear fascia. And need I say anything about the pop-up headlights combined with those nice and clean strips down below? Everything about the looks of that car worked, and it is still working 30 years on. I still get the “fizz” when I look at the car. I believe it is was one of the all-time great car designs – a design so great, even Honda themselves couldn’t copy it properly. 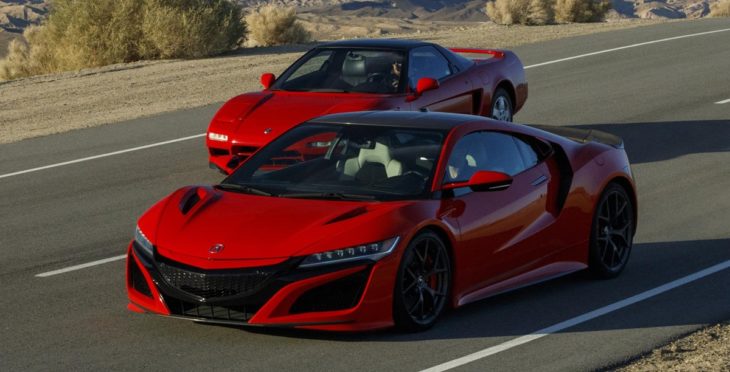 That brings us to the looks of the new boy, the 2019 NSX. There is no doubt that it is a striking-looking machine. When yo look at the two next to each other you can clearly see that the designers have got the proportions right. Sadly though, we don’t see any of the features we loved on the original on the new model. Okay, so pop up headlights are out of the question. But what’s with the feline look of the car around the front? And why couldn’t it have the one-of-a-kind aero design of the old model with the flat engine cover and the integrated tail wing? Trying to be in tune with the times, they have made the new NSX all round and curvy, which is fair enough, but it means the new model is far less special than the original. So going by the looks alone, we would still have the first-gen car over the modern version.

So what about the mechanical features, then? Well, when the NSX first came out thirty years ago it boasted a 270-horsepower VTEC V6. Now, the VTEC technology which has to do with valve timing was an innovative back then as the hybrid system in the new model is today. The thing is though, back then only a handful of manufacturers had such weapons in their arsenal, whereas today pretty much anybody can whip out a hybrid power plant that utilizes electricity for extra oomph. Granted, the three-motor Sport Hybrid Super Handling All-Wheel Drive in the new version is quite exquisite. But we have to say comparing that VTEC to this new hybrid is like comparing a 30-year-old Macallan to a 12-year old Chivas. The latter is still impressive, but that former is the one you want.

Summing up the above-mentioned points, I think you can tell that we would have the original NSX over the pristine new model every day of the week. Does that mean we think the modern version is rubbish? Not at all. We just wish they could have integrated more of the original in the new blend. Still, we’re glad that there are plenty of old NSXs around so, when the time comes, we could find a good one and start the process of lovingly restoring it to original glory.