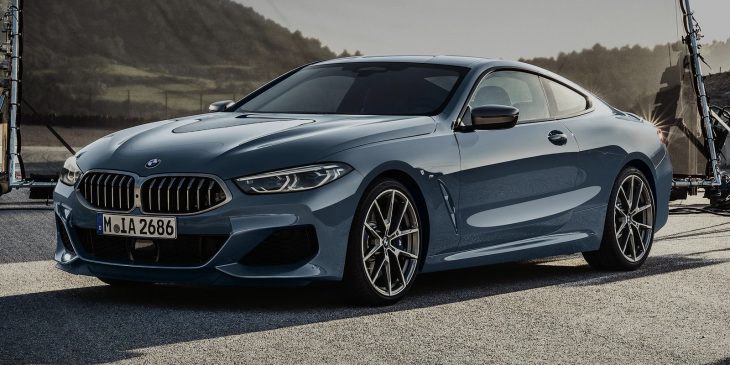 If you have ever taken a gander through your local classified, you have probably noticed that BMW models older than five or six years of age can be ridiculously cheap. That makes them very tempting for those who may start their search looking to buy a brand-new Korean or Japanese car. But of course, buying second-hand European is not without pitfalls. Now though, they’ve been bitten by the BMW bug and they know they want one. So, what are they to do?

The answer lies in the magic of leasing. It is a solution that allows you drive the latest and greatest vehicles on the market without having to deal with the complications that come from ownership. In this article we will try to determine whether the average BMW lover is better off buying a second-hand model, or leasing a brand-new one.

Let’s start by going back to the first point we made above: why used BMWs are often so cheap? Well, a major reason why that is so is, in fact, leasing! You see, BMW dealers have been leasing cars for years, and those leased car come back to the lot after two or three years with some wear and tear. But during that time the dealer had been getting tons of new stock as well. So they have to get rid of those pre-leased cars fast to make room for the new stuff. So they come up with incentive programs like certified pre-owned, extended warranties, and of course, heavy discounts. And all that put together brings the market value down, and that is how can you buy a fairly clean X5 that is 6 or 7 years old for under 20K EUR.

Reading that you might now be thinking I’ll get a certified pre-owned BMW, then. It makes a lot of sense. But there is more to this tale than what meets the eye. BMW, as the company’s motto goes, is the ultimate driving machine, and those who buy BMWs often tend to use them to the fullest. Rarely you will find a second-hand BMW out there that has been pampered all its life. They are mostly owned by enthusiasts who push the cars within an inch of their lives. And that is why every car garage around town, no matter where you are in the world, has in the yard at least a couple of BMWs with some sort of mechanical or electrical issue. That wouldn’t be a huge deal if parts and labour for BMWs were cheap. But this is a luxury brand, and service costs are fixed accordingly.

So that’s the deal you get with a second-hand BMW – cheap to buy, but will almost certainly cost an arm and a leg to run. So let’s look at leasing in a candid way. One thing that might keep some people away from leasing is the fact you have to pay a healthy monthly installment for something that, at the end of the lease period, you don’t own. The thing is though, that argument doesn’t really hold water because almost all lease deals include an option to buy the vehicle at very, very favorable terms. And what you pay for the car during the lease is often not  very different than what you would have paid for if you’d finance the car.

The bright side of leasing a BMW – and this is where we get candid – is that you get to drive a late-model luxury vehicle with all the latest bells and whistles, get to use it to the fullest, thrash it all you want, and then just return it so that somebody on the second-hand market can end up paying for the damages you’ve cause having fun with the car. So yes, as a final verdict we do recommend you check out these latest BMW leasing deals and live a lot happier!