Carl Friedrich Benz (1844 – 1929) is a legendary name among people who live for rev counters, all things torque, and standing around at car meets discussing their preferred brand and design of winter tyres. Why? Because way back in 1886, he received the patent for what we consider today to have been the first automobile. Not bad for someone who was raised in near poverty from the age of two by a single mother (his father died of pneumonia … but importantly, his father was a locomotive driver, which may have planted the seed of engineering).

Following a change of direction in life that saw Benz shift his focus from locksmithing to mechanics, he graduated from the University of Karlsruhe with a degree in mechanical engineering, aged 19. He had various stints as an engineer for manufacturing companies of different types (making weighing scales, iron production, bridge building), before opening his first factory in 1871 at the age of 27. Fast forward through a few setbacks, and Benz registered the design for his first two-stroke engine in 1880. A four-stroke engine followed, and in 1885, the Benz Patent Motorwagen was born.

These days, we take our cars for granted. Big brands have become household names. Car insurance is a yearly nuisance that we could all do without. And nightly images on the news of congestion and accidents on the I-405 through LA are nothing new. Incidentally, check out a car accident lawyer (based in LA) if you’ve been affected.

But was Benz the first? Or was the patent for his car really just the cherry on top of a story that had been going for much longer? As it turns out, and as you’d probably expect, big ideas don’t just appear out of thin air – they’re often based on the work of other people – and Benz was no different. Although it may be hard to believe, Benz and his efforts came more than a century after the first patented vehicle.

Cugnot (1725 – 1804) was a French inventor and a skilled military engineer. He noticed that the massive horse-drawn wheeled wooden platforms used by the military to transport heavy things like cannonballs might benefit from being propelled instead by a purpose designed steam engine (steam engines had been around since about 1698 – originally used to pump water out of mine shafts).

In 1769, Cugnot designed a small version of the Fardier a Vapeur (which translates as “steam dray” – dray is another word for ‘sled’). It worked, so, in 1770 he produced the 2.5 tonne full sized version, capable of covering almost 5 miles in an hour.

So, Benz was indeed the inventor of the motor car, but it was Cugnot who invented the first steam powered 4.8 mph 2.5 tonne three wheeled wooden board. I suppose we’ll call it a draw. 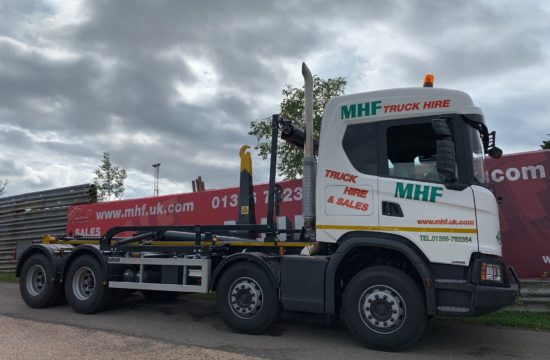 Hook Loaders and What to…

Should You Replace a Lost Car Manual?

Should You Replace a Lost Car Manual?