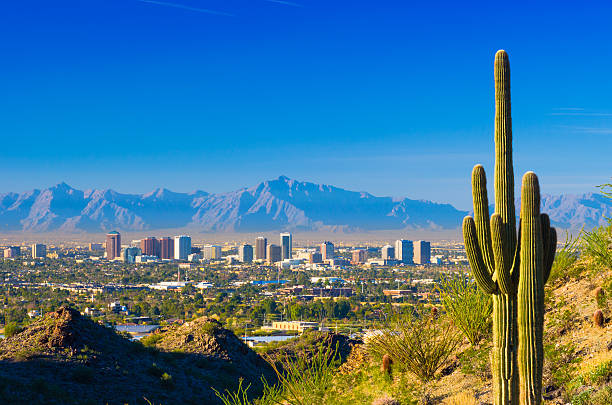 With its affordable cost of living, strong job market, world-class resorts, state of the art entertainment venues, and nearly two hundred golf courses, the Phoenix metro area is a mecca for tourists and transplants. More than 16 million people travel to Phoenix each year, and many are so enamored by the “Valley of the Sun” they choose to make it home.

Phoenix is the fifth largest and one of the fastest-growing cities in the U.S. The Greater Phoenix Metro Area includes Tempe, Chandler, Scottsdale, and Glendale, Arizona, covering some 2,000 square miles – home to nearly 4.5 million people.

For nearly the past twenty years, Phoenix has consistently outpaced the nation in population growth. According to the U.S. Census Bureau, Phoenix attracted more new residents in 2019 than any other city in the United States, for the fourth consecutive year. Since 2010 the city has added 234,301 new residents. The trends show no indications of slowing.

People left the large cities in the far West and Northeast in droves in 2020 due to spiraling state and local taxation, high cost of living, and declining quality of life. Elon Musk escaped California to Austin, Texas, and Larry Ellison, the Oracle founder, similarly fled California for Hawaii.

It’s not just the rich and famous relocating; within the past year, about 60,000 former Californians moved to Arizona, according to numbers from a recent survey by the Greater Phoenix Economic Council (GPEC). For every person who relocated from Phoenix, 1.5 people moved in!

Each year 400,000 “snowbirds” descend on Phoenix to enjoy the weather, the outdoors, our resorts, and special events. In addition to being one of the world’s top golf destinations, Phoenix is famous for its hiking and biking trails, the Phoenix Zoo, and the Desert Botanical Garden. For sports fans, Phoenix has the Waste Management Phoenix Open, the Cactus League, and a professional team in each of the major sports, the NFL, NBA, MLB, WNBA, USL, and NHL. For auto enthusiasts, there are the classic car auto auctions each year, featuring the Barrett Jackson, Goodings, Russo and Steele, and two NASCAR races each year in March and November.

So, what’s not to like about Phoenix and the Valley of the Sun

What’s Not to Like – Lions and Tigers and Bears

Unless you catch the Lions or Bears at State Farm Stadium, or the Tigers playing at Chase Field, you can only see these at the Phoenix Zoo. What we do have are scorpions, rattlesnakes, and coyotes (the four-legged variety). And, we have the heat and monsoons, accompanied by and contributing to cracked windshields. In fact, Phoenix leads the nation in windshield replacements, so get your windshield repair here!

Our local Fox 10 News did an expose on Arizona’s dilemma with cracked windshields, “Broken Windshields: Arizona Leads the Nation in Glass Repair.” To quote the article, “Arizona is leading the nation in auto glass repairs. Driving in Arizona is dangerous business, sometimes it feels like you’re driving through an asteroid belt.” Although fourteenth in population, our five million registered Arizona drivers lead the nation in auto glass repairs and replacement.

Read on to learn more about Phoenix’s windshield problem, including the top five reasons Phoenix leads the nation in windshield replacement, why autos are more prone to broken windshields here, and what to do if you have a cracked or chipped windshield.

The Phoenix climate provides the perfect trifecta for windshield trauma, sun, heat, and monsoons. The summer heat and sun are significant contributors to the windshield dilemma in Phoenix. 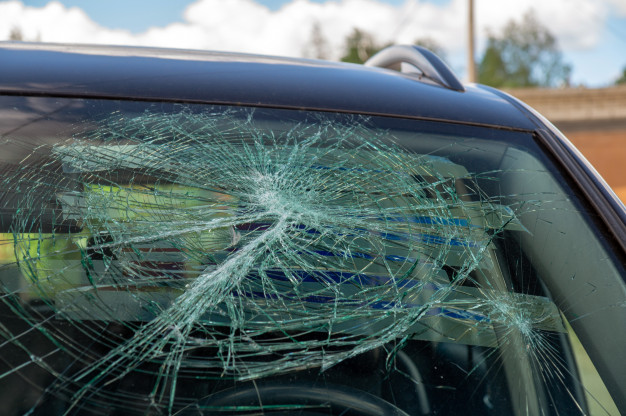 We have some of the most scenic roadways in the country in Phoenix with our Xeriscape landscaping. However, as a result, the sides of our road are decorated with stones and pebbles.  In addition to flash flooding, anytime a vehicle leaves the road, it kicks gravel back onto the roadway. Those pebbles are then thrown up, causing chips and cracks. Our only advice here is to maintain a safe distance from the vehicle in front of you – although even that won’t ensure you don’t get a chip.

In a new study conducted by Automatic, a San Francisco-based company, Phoenix was found to have the nation’s most aggressive drivers. With nearly five million registered drivers in Arizona, that’s a lot of cars on the road, driving aggressively and increasing your potential for a broken windshield. Lane changing, swerving in and out of traffic, and passing on the shoulder all represent very real opportunities to kick up those problematic pebbles.

Another aggressive driving mode is tailgating, a common practice in the Valley guaranteed to put your auto glass at greater risk. We recommend adherence to the three-second rule for following other vehicles, especially the many big rigs on our roads.

With our dense population and millions of drivers on the road, a broken windshield can occur virtually anywhere. However, there are hot spots where you will want to be especially cautious:

Loop 101: Various sections of the 101 can see more than 200,000 vehicles a day. Adding insult to injury, a highly traveled 101 has more than its fair share of oversized vehicles.

Interstate 10 at Tempe: ADOT data confirms that this freeway stretch is one of the busiest in Phoenix and made more dangerous during rush hour by the frequent lane changes of commuters.

Loop 202: One of the most dangerous stretches of highway in the city for windshields is on Loop 202 between Rural Road and the Priest Drive exits. It seems there is always debris on the roadway and drivers jockeying for position to exit for the airport.

What to do if You Have a Chip or Crack?

We sincerely hope this review, brought to you by SunTec Windshield Replacement Phoenix, helps you avoid windshield mayhem. But should you be on one of Phoenix’s roadways and hear that sickening crack remember, you’re not alone; windshield replacements are the number one insurance claim in Arizona.

And, as soon as you see the chip or crack appear, you’ll want to get it fixed immediately, particularly in the summer months. If you do so quickly enough, in some instances, it may be repairable without having to replace the entire windshield. However, Arizona windshield replacement law states that if a crack obstructs or reduces the driver’s clear line of vision, the windshield must be replaced.

We suggest you seek an experienced and reputable auto glass company, such as SunTec in Phoenix. Our expert technicians can guide you through the evaluation process to determine if your chipped or cracked auto glass can be repaired or must be replaced.

For those new to the Valley of the Sun, here are a couple of tips other transplants have discovered: 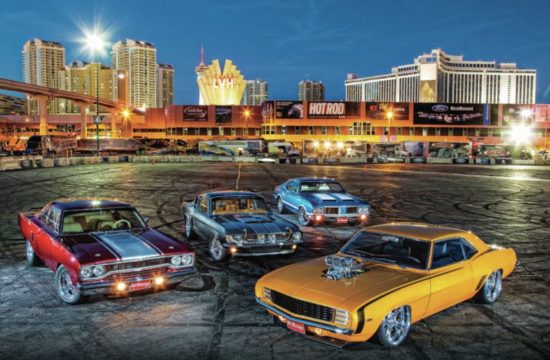 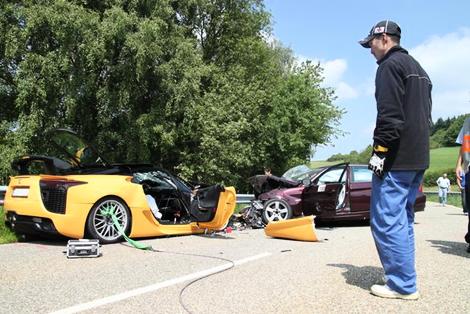 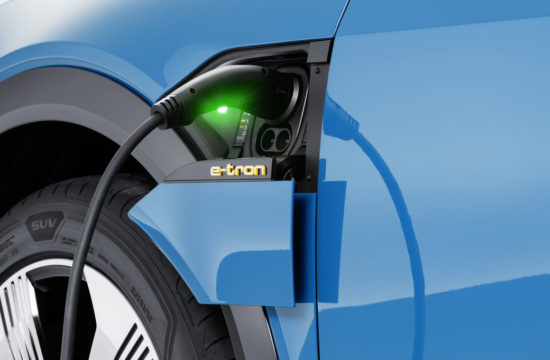 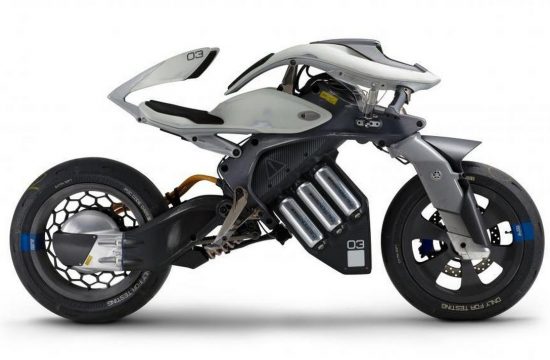 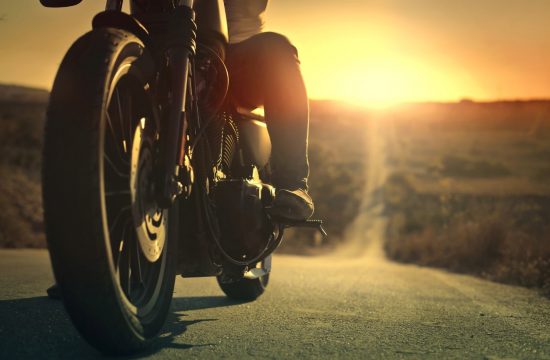 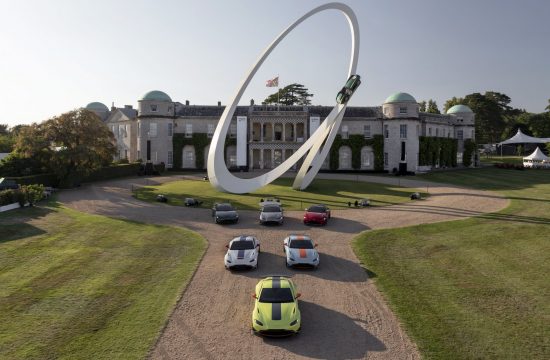