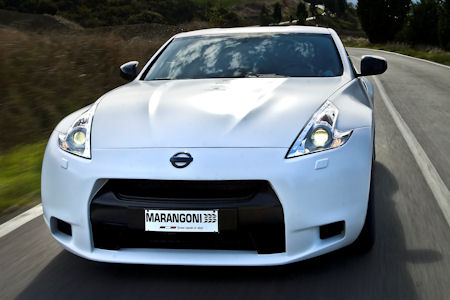 This is the 2010 show car of the Italian tire manufacturer Marangoni, which is styled by TRC Italia. Called the 370 Z-Hydro, the car features a body kit inspired by Nissan GT-R consisting of a revised bumper with large air intakes at front, side skirts and a carbon rear wing and diffuser as well as carbon mirrors.

The Hydro in the car’s name refers to the new Hydro-drive-system installed on its engine, which they say reduces the emissions and fuel consumption. The concept is that by injecting a kind of catalytic gas into the intake manifolds, unburned hydrocarbons will be cut to almost zero!

But the main feature of the this 370 is the reason it’s made in the first place! To show off Marangoni’s new “M-Power Blue” 20-inch high performance tires wrapped around 10 double-spoke Oxrock Black rims. The Z-Hydro also has a KW coil-over suspension system which drops it by 4 inches, and KW HLS hydraulic lift system which can raise the front axle by 5 inches. It is fitted with 400mm brake discs and 12-piston calipers as well.

For the interior, you get sport seats and instrument panels with leather and alcantara upholstery and blue trimming for the dashboard. 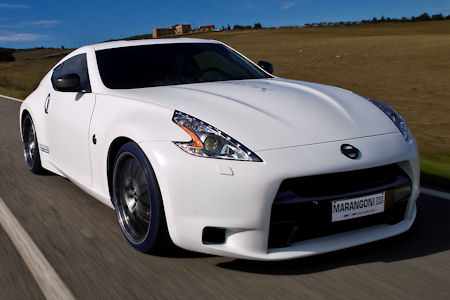 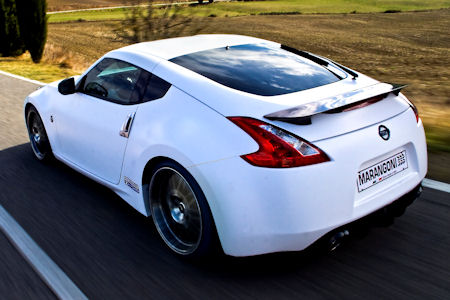 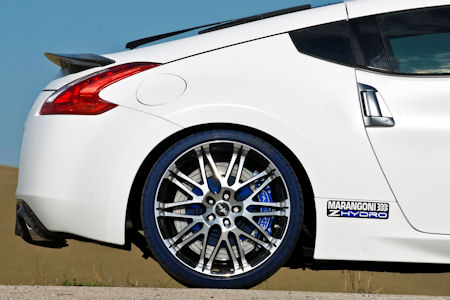