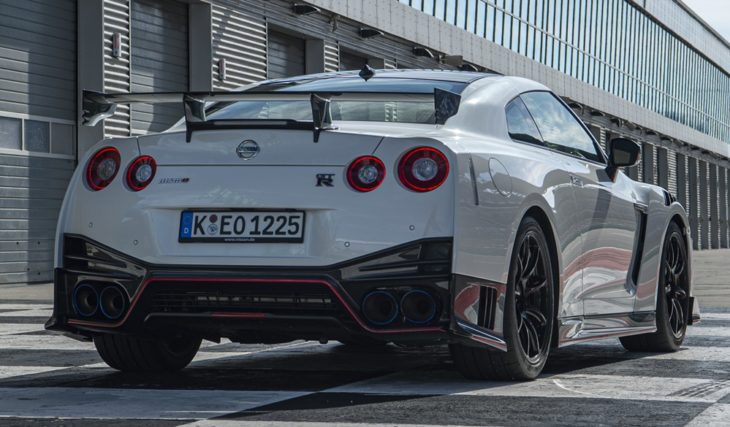 We have been known to complain about certain car makers doing facelifts and makeovers where none were needed. Hyundai, for instance, tends to put out a new Sonata every other week, just because. Nissan, however, is falling off the other side of the cliff. No other automaker has the stones to keep cars in production like this determined Japanese company, as seen with models like the 370Z and the GT-R.

The 370Z, especially, is a car with a lot of nerve still presenting itself in a market where there is a new version of the Cayman and BMW Z4 every year. Based on the ancient 350Z, and with minimal changes to its design and performance, this tired sports car still commands a hefty price, which goes to show how cheeky Nissan tends to be with their sportier models. They think they have done something amazing with them, which is probably why they keep them in production for like eighty years.

This is plain to see with the Godzilla, the Nissan GT-R. There was a time, ages ago, when the first came out, that is was a bit of a phenomenon. It was brisk and brutal and bold. And every loved it for the rawness, the sheer technicality, and the mind-bending capabilities that it offered. But you see, things have moved on since then, and the GT-R sort of hasn’t. Sure, there has been the odd nose job and skin lift here and there, and they have put on a lot of mascara over that face to cover up the wrinkles over the years. But the GT-R, just like its little brother the 370Z, is way too old for this modern world.

You may argue that the GT-R still has plenty to live for, that the V6 turbo engine under that bonnet still has lots of juice to give. And that’s true. But the fact is, the GT-R delivers a kind of rough and edgy performance that is no longer vogue. Take any new German sports cars, even the supposedly soft AMG Mercs, and you get the same sort of performance as the GT-R but with a lot more comfort, convenience, features, and of course, better styling. This big old fish is no longer fresh.

So I think we have established that the Nissan GT-R is not hot stuff anymore, except maybe to a handful of hard-core fans.And it probably goes without saying that it is outdated. You certainly get more for your money getting a Porsche Cayman or a BMW M4. And that brings us to another important point, and that is, Nissan GT-R would have still made some sense were it not so hugely expensive. Options one of these half-decently, and you will easily exceed a hundred grand, and the to-end Nismo models could easily go pass $170K. That is insane, especially as that kind of money can buy you a sleek and modern Aston Martin with an up-to-date German engine.

But is the GT-R ridiculous and idiotic, as the implication here clearly goes? Well, we don’t know about the car itself, but spending big money to get a car with outdated design, godawful refinement, eye-watering maintenance costs, and a brand of performance that is more scary than fun is certainly idiotic and ridiculous. So maybe it is not the car that is ridiculous. Maybe it’s the people who still buy it…