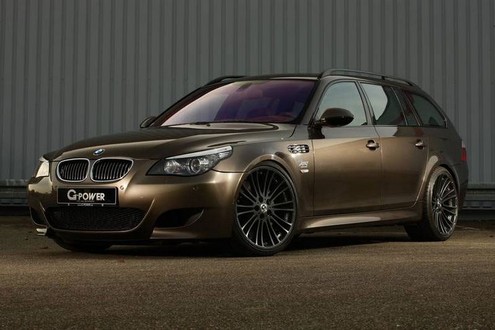 A while ago G-Power released a video of their Touring M5 Hurricane doing insane speed – 360 km/h – on the autobahn. Well, this is the car in question! A 750-hp monster that is practical enough for a family picnic and fast enough for professional motoracing.

The world’s fastest touring car is limited to 1,025 units.

The key to its awesome speed is a deeply modified version of the 5.0l BMW V10 that benefits from a two ASA T1-316 superchargers, charging one cylinder bank each. It also gets twin-scroll, water-cooled intercooler finished in G-POWER’s characteristic orange and also features a sophisticated cast aluminium component replaces the series-production airbox above the engine, where its short airways facilitate the same spontaneous responsiveness as the series-production engine, albeit combined with a considerable benefit in torque.

Other features of this car include 20-inch G-POWER SILVERSTONE DIAMOND wheels with MICHELIN Pilot Sport rubber measuring 255/35 ZR 20 and 285/30 ZR 20, G-POWER brake system with a disc diameter of 396 mm on the front and 380 mm on the rear, combined with 6 and 4-pot callipers respectively, Hurricane body kit and premium leather and Alcantara in a cool but rather overwhelming brown! 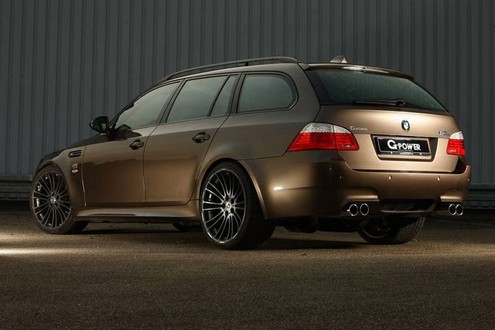 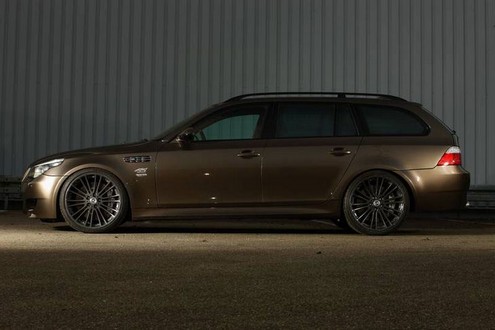 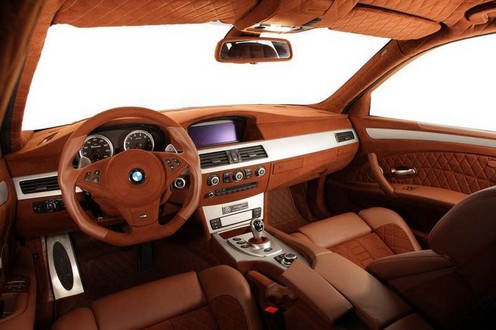 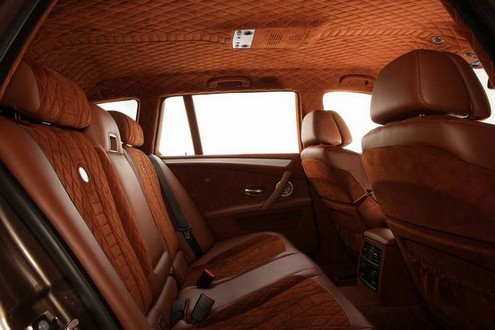 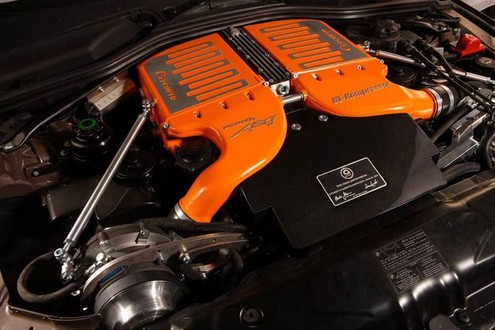