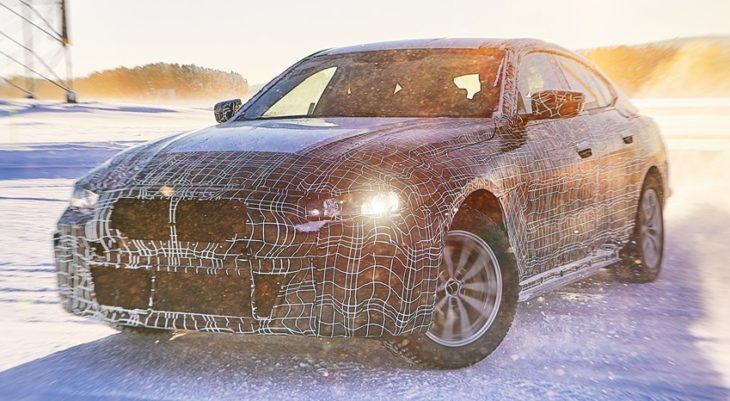 Almost all of the car manufacturers the world over have now at least one electric vehicle, or some sort of electrification plan, in the pipeline. But really, none have yet come out with a viable lineup of EVs that can challenge the stuff made by the pioneer of this field, Tesla. That might be about to change, though, because BMW is stepping in the field and they are coming heavy.

Again, it is not exactly news that BMW has an electric vehicle program. Like we said, all automakers have them these days. What sets BMW’s program apart, and what we believe makes it a perfect rival for Tesla and puts above the efforts made by Mercedes-Benz even, is how they are going about implementing it. It has been some years now since BMW launched its “i” products with the i3 and the i8. They were a pair of weirdos when they came out, but BMW kept them there and studied the the real-world problems of electric motoring like no one else. In the case of the i8 the car was a hybrid sports car which will show its research benefits in future sports car programs. But the i3, though itself not an altogether savory car, has played an important role in providing BMW with the technology know-how they are now utilizing in their new offensive.

It’s a multi-prong approach, this offensive, covering some of the most important segments of the market with well-engineered electric cars ready to fight at full chat from day one. BMW took their sweet time over developing these cars, and they were lucky no one beat them to the punch. But that means the new flock of electrified BMW i models that are coming out are going to be superb in their intended role. To be able to easily afford such cars, people might have to test out their luck on games such as judi slot online.

So What’s Coming That’s So Hot?

Well, the first onslaught brings with a trio of solely electrically powered models under the i brand. The most important of the bunch, at least as far we’re concerned, is the BMW i4 four-door coupe. Judging by the teaser trailer, this is going to be the first EV by a mass producer worthy of the name that is actually fun to live with. Granted, Tesla Model S is also a cool toy to have, but the Bimmer will be a lot more accessible and a lot less problem-prone because of that engineering prowess we were talking about above. To be produced in Munich from 2021, the i4 will offer stunning performance with a 0 to 100 km/h sprint in a mere 4 seconds and a top speed of over 200 km/h. The range is said to be over 600 kilometers.

Next on the list is the BMW iX3 electric SAV, or crossover in plain English. With a range of over 400 kilometres and the possibility to use DC charging stations with a capacity of 150 kW to charge its battery, the first all-electric SAV is ideally suitable for day-to-day use and long-distance travel. That said, the evidence is not really stacking up as to suggest this bad boy is going to be a looker. BMW has already shown us a taste of this model’s final design, which will be produced for the entire global market by the BMW Brilliance Automotive Joint Venture at the Chinese production location in Shenyang, and it’s pretty ugly. There’s just no other way of saying that.

The more mysterious of the bunch has to be the BMW iNEXT. Pitched as a luxury Sports Activity Vehicle, with a fifth-generation electric drive unit and systems for highly automated driving, this car is the more futuristic proposition involved in this phase of the development. We’re sure it is going to be amazing, but details about this one are still pretty speculative and we’re not going to bother with them. For now, we’re just going to be licking our chops waiting for the sexy i4 to be released.