Latest @ MW
Home /The Art and Mechanics Of Drifting 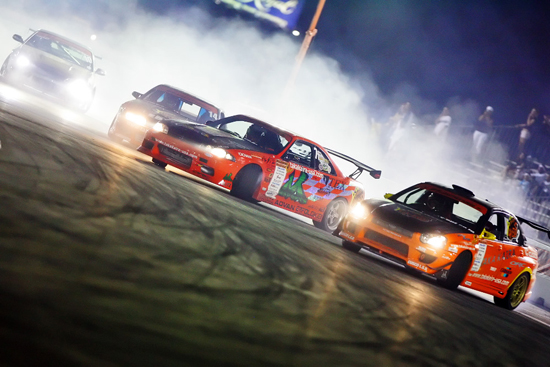 Most people know “drifting” literally means to force a car into a “drift” (sideways skid) for as long as possible, with much tyre smoke and noisy theatrics in its wake. In a way, this “Fast & Furious” tag is accurate, however there is much more to drifting than messing about and skidding cars.

First, you need a good knowledge of the cars best suited to this type of motorsport, and then there’s the small matter of driver skill, being able to perfect and hone a drift good enough to compete with the pros. 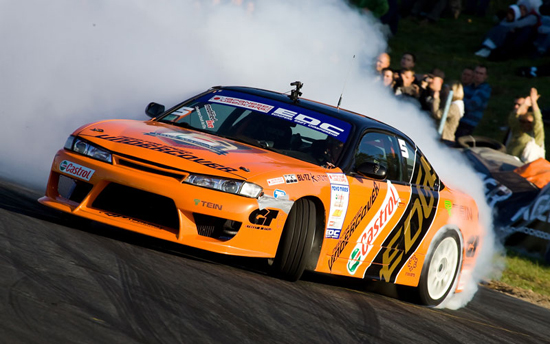 Most drifters prefer the JDM (Japanese Domestic Market) import cars, as they’re lightweight, RWD, powerful, reliable, and highly tuneable despite leaving their factories with a slightly higher BHP. You also see the Mitsubishi and Subaru turbocharged cars drifting after they have been converted from 4WD to RWD. These are a good choice because of the massive turbo boosting opportunities they present. 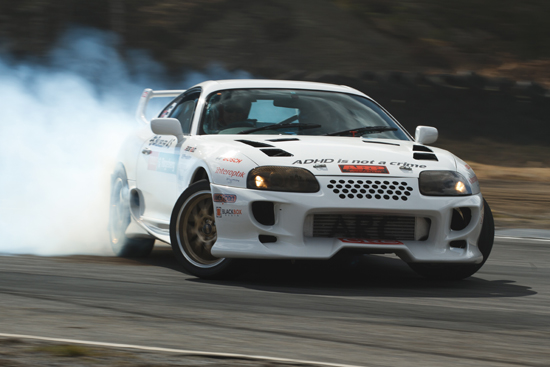 Nissan’s Silvia S15, 350Z, Toyota’s Supra (pic above) and Mazda’s RX-7 are popular and fine examples of a good drift car. Relatively cheap to buy and simple to tune to a level of power sufficient enough to spin tyres across tarmac, many JDM lovers go for these cars – in fact, JDM has a cult status, and followers outside of Japan like to keep their JDM cars equip with original JDM parts, settling for nothing less.

To compete at a good level, your car should have a (LSD) Limited Slip Differential, or this is the first modification to be completed if it hasn’t – layman terms: with an open “standard” differential, power is lost during wheel spin under acceleration because the open differential shifts power to the wheel that is slipping (losing grip). To overcome this, the LSD does the complete opposite; sensing the wheel with the better grip, it sends virtually all of the remaining power to it, always supplying the slipping wheel with the remainder. This maximised traction means more power is sent to the ground and controlling over-steer and maintaining a drift is easier.

Clutches used in drifting are understandably durable as it takes a lot of riding and balancing of power to maintain a good drift. Most clutches are tough ceramic or multiple-plate varieties, ensuring decent usage and allowing for “clutch kick”, a technique used to violently upset the balance of the car. Close ratio gears are used to keep the engine within its peak power band, and they are often “straight cut” gears instead of the usual “synchro” gears for durability and faster shifting. 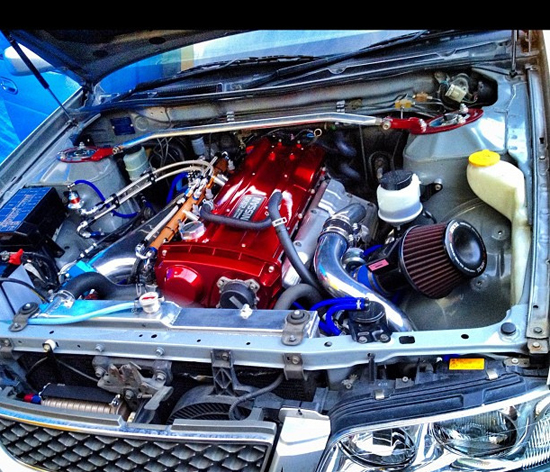 To kick the rear end of a car out and spin its tyres on tarmac requires a lot of power. This can come from a turbo charged 4-cylinder to a V10 monster, but typically anything above 250 bhp is sufficient – although this is relative to the weight of the car.

Tyres and suspension are similar of those used on a track setup. The suspension favoured at top level is the adjustable variety, allowing for the varying cambers and maintaining maximum lateral grip. Major championships only allow drivers to run approved commercial tyres, whilst lower level competitors with less power run hard rear compounds and front tyres with grip for stability. 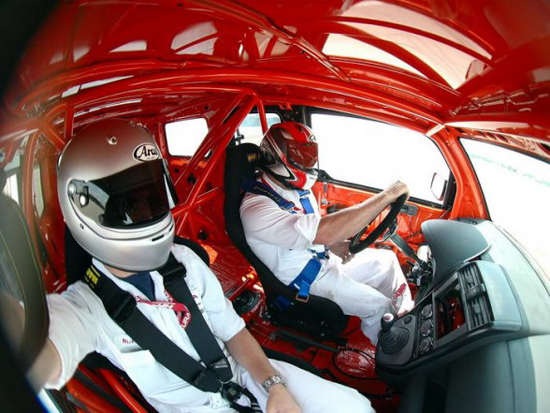 On approaching a corner, an experienced driver will constantly try and remain in the state of over-steer (turning in too hard so the rear-end starts to come around). Using throttle and counter-steer, the drift begins as you find the balance between the car wanting to spin and you correcting it. Pro drifters enter corners at frightening angles, but because of their skill in the art of drifting they can maintain this vital balance.

This process below lists one way of performing a drift.

It takes a lot of patience, tyres and clutches to become proficient enough to compete at a good level. However, if you manage to maintain a decent drift and perfect the technique in a low-powered car, drifting becomes a lot easier when you make the transition to either a high-performance car or simply modifying your own.

One of the best ways to get a grasp of the basic techniques of drifting is in online games. We recommend Drift Hunters as a free to play drifting game that will give you a good grasp of drifting. 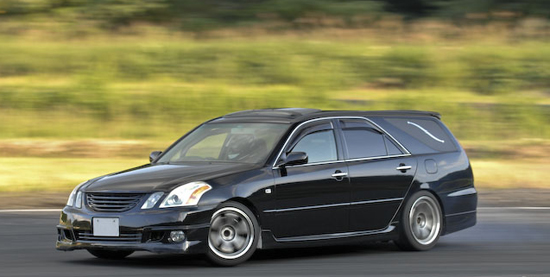 As tempting as it is, please don’t go out and try drifting on the public highway – you’ll either smash up your car, end up in prison, or ultimately find yourself in the back of hearse.