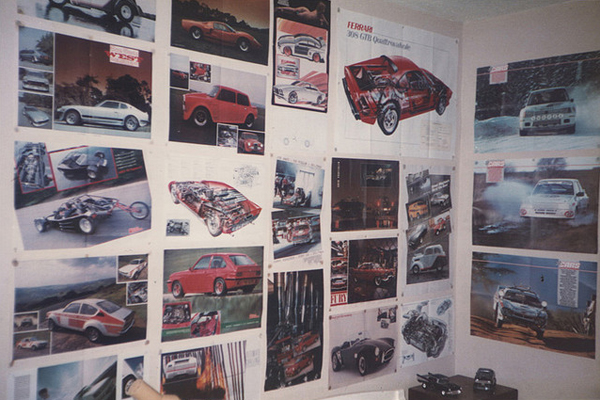 If you cast your mind back to the days when your bedroom was your kingdom, a private sanctuary to indulge into fantasy, you will probably remember the posters that adorned your bedroom walls. If it wasn’t the latest supermodel or actor, or the current line-up of your favourite bands or sporting teams, it was most likely supercars or sports cars that served as your bedroom’s wallpaper.

Since the poster’s concept, cars have always been there as the decades ticked by along with all the passing trends and fashions. From American muscle to Italian flare, only the most iconic and stylish made the posters, cars not only able to stand the test of time but machines that proved to be far ahead of their time, too. 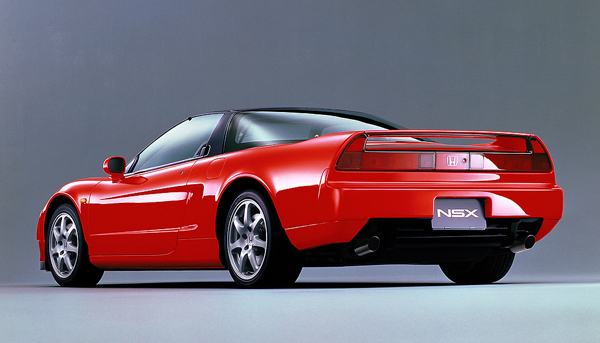 When Honda released the NSX in 1990 it completely changed the automotive world – now you could buy a car with the performance of a Ferrari at half the price, with the reliability of a daily driver. The body design took inspiration from a fighter jet, the designer studying the 360-degree view from an F-16’s cockpit. The NSX was also the first production car to use an all-aluminium monocoque, making it light. Although it had a modest 3.2-L V6 and around 290-bhp, the legendary Aryton Senna offered his input into how the chassis handled, convincing Honda to make it stiffer. The end result was a giant slayer capable of defeating cars with nearly twice the power around a track. 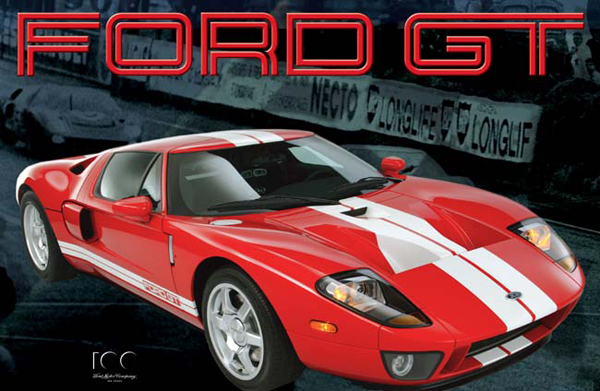 This piece of American-British engineering needs no introduction. Best known in its Gulf Racing colours of duck egg blue with an orange racing stripe, the Ford GT40 won four consecutive 24 Hours Of Le Mans from 1966-1969. The first three variants were designed and built in Britain, with the Mk IV being the only car to date designed and built in America solely to win at Le Mans – Henry Ford had wanted one of his cars to win the French endurance race since the early 1960s. 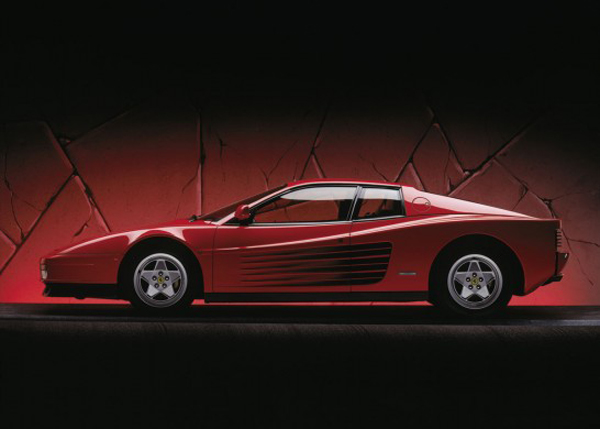 This car holds a special place in my heart as I can clearly remember it from the posters displayed in shops such as Athena during the 1980s. I loved its styling, particularly the vented slats on the side. From behind it looks like it means business, low and wide with four exhaust pipes spouting out of the back. About two decades on and I was lucky enough to drive a Testarossa, and although it’s said you shouldn’t meet your idols, the Ferrari lived up to expectations as being loud and fast, a real hands on experience.

The SRT Viper hit the scene in 1992, boasting a massive 8.0-L V10 truck engine. The original engine was deemed to heavy for a performance car so Lamborghini replaced the cast-iron block with aluminium alloy castings, shedding its weight. For the early 1990s, its 0-60-mph time of 4.6-secs and a top speed of over 180-mph placed it well within the elite class of cars of the time. 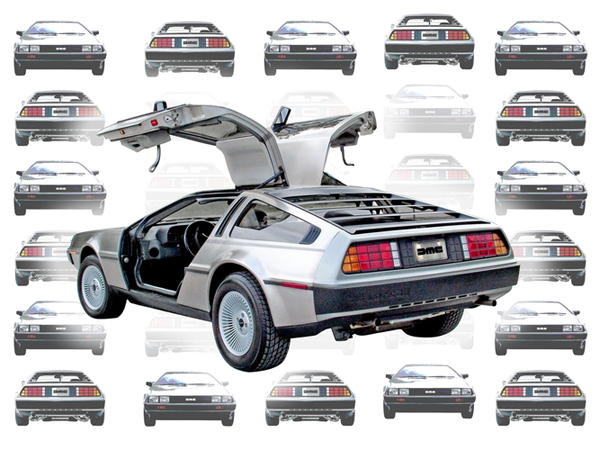 Although the DeLorean is primarily known as the main star from the Back To The Future movies, its stainless steel skin and gull-wing doors made it an instant hit well before it decided to time travel. In fact, only 9000 were made from 1981 until just a year later when the company went into liquidation after a particularly bad recession, three years before the Back To The Future movies began. 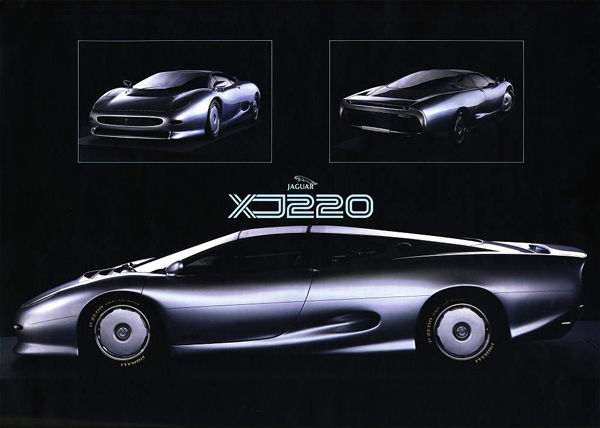 By the early 90s, the concept car designed by Jaguar to rejuvenate their 50s and 60s glory years on the track finally went into production. Between 1992 and 1994, 221 XJ220s left the production line, these 3.5-L V6 twin-turbocharged coupes capable of passing 200-mph. The “220” is actually a reference in mph, the car’s targeted top speed that made it the world’s fastest production car. Considering some of today’s top supercars can’t achieve this figure, it really did make the Jaguar XJ220 a futuristic vision of what was to come over the next two decades. 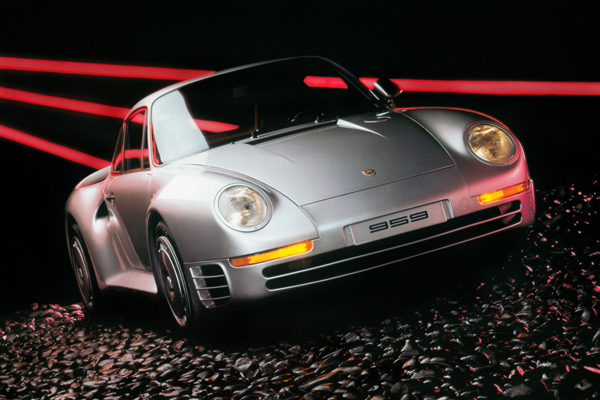 Here’s another record breaker, the 197-mph German coupe that earned the mid-eighties fastest production car title. Similar in design to their legendary 911, Porsche built their 4WD to new specs, adding twin-turbochargers to their 2.85-L flat-6. From it’s 444-bhp, the 959 managed 0-60-mph in a blistering 3.7 seconds, acceleration not even seen on today’s performance cars. The 959 only held onto its title for a year after an Italian car beat it by a mere 4-mph in 1987. 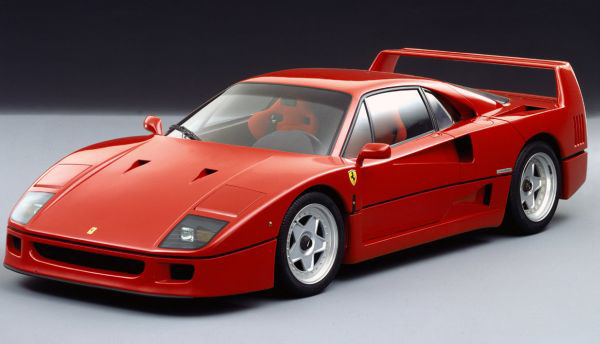 This is the 201-mph Italian car that robbed Porsche of its title. Despite looking different to the Porsche and being designed by a different nation with a completely different chassis and power plant, the F40 performed very similarly to the 959. The only similarity was its use of a twin-turbocharger, which combined with its 2.9-L V8 produced 471-bhp. Legendary designer Pininfarina brought a whole new bag of tricks to the F40, Kevlar and carbon fibre used for strength and to save massive weight. To help weight reduction further, windows were made from plastic and the interior was void of any creature comforts such as a stereo, electric windows, air-conditioning or leather seats. This 201-mph pony could hit 60-mph in 4.1 seconds and is still considered the world’s ultimate supercar. 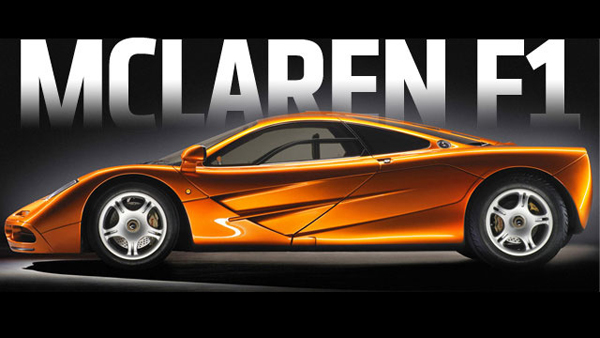 The McLaren F1 is the world’s original hypercar, a high-tech machine that set a bench mark so high, it’s still performing up there with today’s modern equivalents. The nineties 618-bhp rocket jet hit 243-mph, a speed only 20-mph shy of the mighty Bugatti Veyron’s top speed. The F1’s massive rear-mounted 6.1-L V12 needed gold foil to shield it from extreme heat generated from the exhaust compartment. It was a car so unique and specialised, McLaren technicians had to be specially trained and expected to fly to one of the eight F1 service stations worldwide to service an owner’s car. Other impressive stats include a 3.2 second 0-60-mph time and a 0-100-mph time quicker than it would take today’s fastest hot hatch to hit 60. 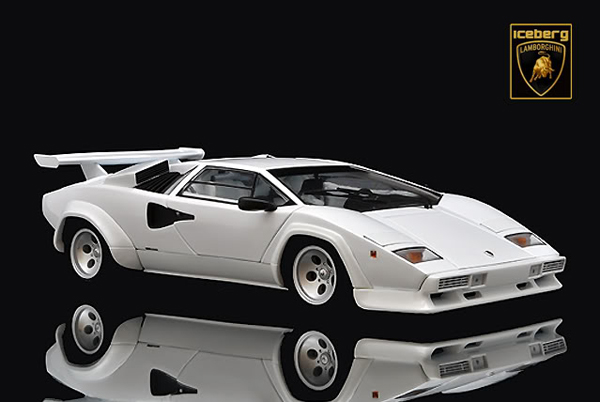 I tried to steer away from a top-10 countdown, as many will have disagreed with me on either leaving cars out or having put a car in the wrong position. Remember, this isn’t a supercar top-10; my listings are purely a combination of my own memories of posters and the help from searching forums. However, I couldn’t help but put the last 4 or 5 into an order I thought accurate of how they were perceived at the time.

I think most will be torn between the F1, the F40 or my next car, the Lamborghini Countach for the number 1 spot in the poster rankings.

Although the Countach was built in the late 70s, its highly futuristic design (the love child between a military vehicle and a space fighter) saw it on plastered over many a wall throughout the entire 80s. It wasn’t particularly fast, it was a pig to drive, and it was near impossible to see out of, but the Countach (my mind’s eye always conjures up a specific white on white poster example) symbolises supercar royalty and a time when ‘supercar’ meant more than just top speed and statistics.