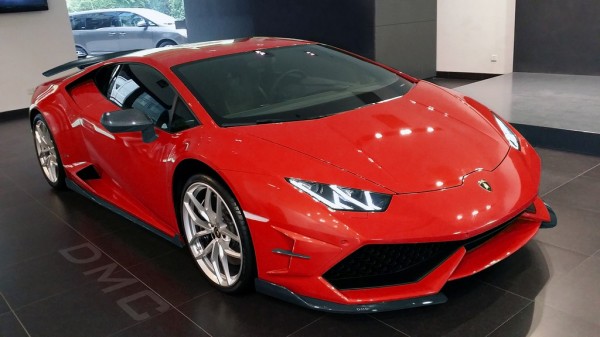 So far all we have seen of DMC’s Affari styling kit for the new Lamborghini Huracan has been computer generated images. Now though, for the first time, the tuner releases photos of the actual car, and the good news is it looks even better in the flesh than it did in the renderings.

Set to be revealed in its full glory soon, DMC Lamborghini Huracan Affari is one of the first properly tuned Huracans along with Wheelsandmore’s Lucifero. DMC’s take on the Huracan includes a body kit and stage 1 performance upgrades that increases the output of the car’s V10 engine to 630 horsepower. 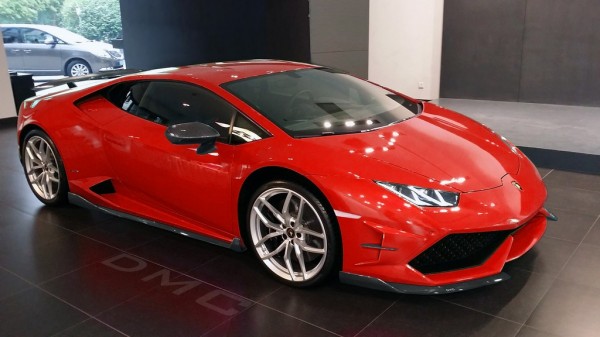 The styling kit, which is the meat of DMC Lamborghini Huracan package, consists of a revised front bumper featuring a carbon splitter with little winglets on the side and extra air ducts, carbon side aero blades, a carbon rear diffuser with pronounced fins and of course a fixed rear wing, also in carbon.

While full details of DMC Affari are yet to be released, we expect the production to be limited to a two digit number. 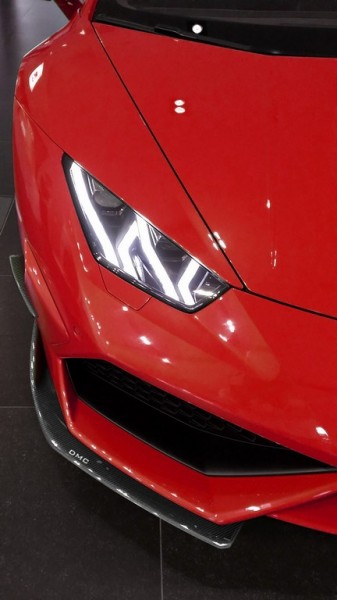