Latest @ MW
Home /Is This What Grand Theft Auto VI Will Look Like?! 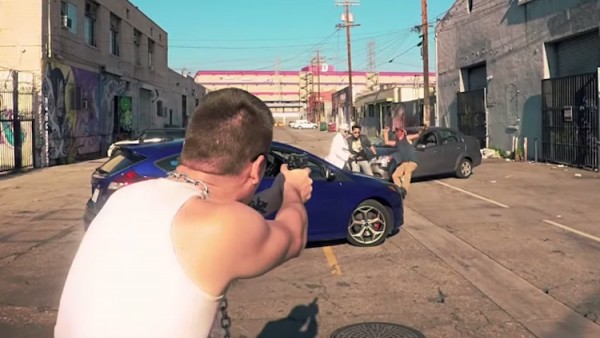 A group of creative enthusiasts have gone to the trouble of creating a video depicting scenes from the Grand Theft Auto video game in the real life. They’ve done such as amazing job it makes you think, could Grand Theft Auto VI look something like this? Will advanced graphics and massive computing power finally make this ultra-popular game so life-like, you wouldn’t be able to tell fantasy from reality?

If you have never played Grand Theft Auto then this video may strike you as a bit odd as it includes a dude walking around awkwardly, weird camera angles, and some pretty funny gunfight scenes. The GTA aficionado, however, will enjoy it immensely:

As mentioned, it was a big effort by Corridor Digital to go and make this clip. Even though they did it just for fun, they’ve already been rewarded handsomely for their work as the video has gone viral and already racked up nearly 8 million views.