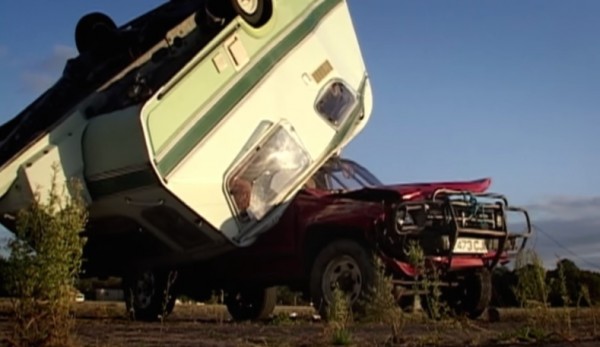 In a new video Top Gear’s Youtube channel, which recently passed one billion views, has put together a montage marking the top caravan crashes from the show’s golden era with Clarkson, Hammond, and May. It is both sad and hilarious.

They have cut the boys out of the footage (you only see the back of Hammond’s head in one of the shots), but still, these caravan crashes bring back a lot of fond memories. Do you agree with Top Gear’s number one choice?

To give you an update on what’s going on in the world of Top Gear and Clarkson, Hammond and May, the show is being renovated with a new cast headed by Chris Evans and maybe a female presenter for the first time. As for the boys, they are currently busy with their live tour, after which they are said to be launching an all-new car show, most likely on Netflix. It will be interesting to see Top Gear versus a Clarkson in a different show. It will prove, once and for all, that TG will be nothing without good ol’ Clarki!