Latest @ MW
Home /The Ford Bronco: The Past and the Future

Ford is a well-known and well-respected vehicle manufacturer. It has produced classic cars like the Mustang, the Thunderbird, and the Bronco. Ford rebooted and reimagined its iconic Bronco in 2021. This announcement, made in the latter part of 2020, sent shock waves through the car enthusiast community.

Many people were excited to hear what Ford would do to update this cult-classic car. Others were worried this beloved car would be unrecognizable, losing much of its appeal in the process.

The truth is somewhere in the middle. Ford took the Bronco of old as their basis for inspiration but reimagined the lines, contours, and functionality of the vehicle altogether.

The new design has brought about a lot of discussion and many questions. The 2021 Ford Bronco has a list of new features, a new maintenance schedule, and, as with most brand new cars, a need for Ford auto insurance.

History of the Bronco

The Ford Bronco is part of a revamped lineup. Ford is hoping to bring back some of the nostalgia of older cars with more modern designs and features. The idea seems to be working well, and the 2021 Bronco might just be the crowning achievement.

The original design for the Ford Bronco was conceptualized in the early 1960s. Donald N. Frey, a production manager with Ford and the designer of the Mustang, partnered with Paul G. Axelrad, an engineer with the car manufacturer, to create the original design.

The first generation of the Bronco was produced in 1965 and ran until 1977. It was widely considered the original all-purpose vehicle and came in three different configurations: the Roadster, the Sport Utility, and the Wagon.

The first selection of the vehicle was met with great acclaim and wild financial success. People were clamoring for more. Ford quickly followed this first design with the second generation of the Bronco.

Generation two was all about size. Ford wanted to offer the same basic design with an increase in overall space. This generation ran in production from 1978 to 1979. It was a larger vehicle, sharing many similarities with the F-series truck, and boosted higher luxury options. This model was even more successful than generation one.

The next design generation focused on improved functionality without sacrificing the comfort and luxury of previous generations. It was produced between 1980 and 1986. Generation three saw an improved fuel economy and smoother ride without losing the fun of its off-road capabilities.

The fourth generation ran from 1987 to 1991 and worked to improve the vehicle’s overall aerodynamics. The overall design moved away from straighter, more boxy lines and featured curves both inside and out.

The original run of the Ford Bronco ended with generation five. It lasted for just four years from 1992 to 1996. There were more minor improvements and changes made in this final addition, but it stands as the original body style to many. 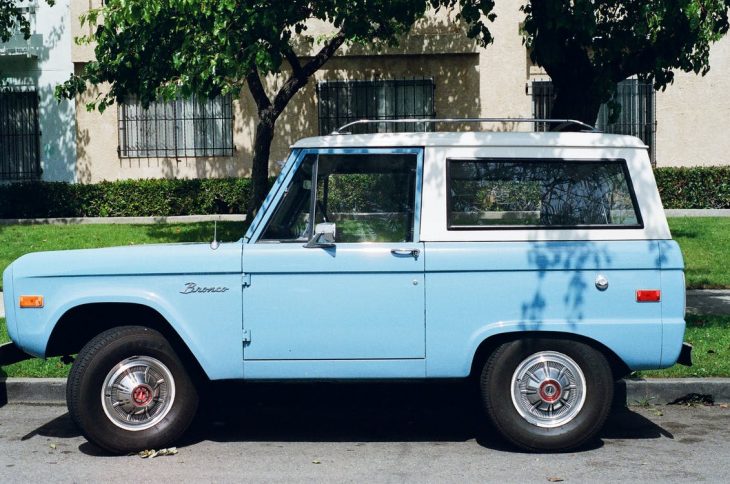 The first five generations of the Ford Bronco are high on the list of classic Ford vehicles. The varying designs and functionality are celebrated even to this day.

The original Bronco is best known for its reliability and off-road performance. As the vehicle evolved, it increased its comfort and luxury without sacrificing the adventure and go-get-‘em attitude.

More iconic, however, was the sheer size of the Bronco. It offered seating for five and loads of cargo space without anyone wanting more space or separation. This size didn’t offer a lot in the way of fuel economy, but the Bronco was a performance mammoth with a deeply devoted following of enthusiasts.

The announcement of the new Bronco was met with excitement and skepticism alike. Many people waited with bated breath for spec photos, build prices, and build lists to get just a taste of what the 2021 Bronco would bring to the table.

In reality, the 2021 Bronco is an almost complete revision of the original. There are similarities in features, performance, and design, but the 2021 model is a much more modern, fresh take on the original body style. But what exactly does the 2021 Bronco offer?

The entry price for the Ford Bronco is $28,500. This base model comes in two configurations: a two-door and four-door model. It comes standard with multiple tow hooks as well as removable tops and doors, offering a one-of-a-kind driving experience.

The interior features a number of comfort features that also come standard. From the LED headlights, black door handles, manual air conditioning, and push-button start, the 2021 Bronco is built for more than simple A to B driving.

Of course, there are several variables and options available for an increase in price. Many of the available options are available based on the model and package selected. Each package, model, and additional add-on increases that final price.

The 2021 Bronco features four distinct packages: the Mid Package, High Package, Lux Package, and Sasquatch Package. Each package offers a unique set of features with additional options in one of up to seven different models.

The Mid Package is the more standard package with some increased options and luxury upgrades. It offers a lot in the way of comfort and function, but there are a few key features to note.

This package boasts heated front seats, blind-spot monitoring, a lane-keeping system, and a rear-view camera. The backup camera may not seem like an upgrade given that it’s mandatory on all new cars, but the Bronco’s camera is more than just a simple safety feature. It has an extra layer of convenience and safety with a rear parking sensor.

The Mid Package is included standard in the Outer Banks, Wildtrak, and First Edition models of the 2021 Bronco. It can be included in the Big Bend, Black Diamond, and Badlands models as well.

This package is standard for the First Edition model but optional for the Outer Banks, Badlands, and Wildtrak models.

The next package available is the Lux Package. It’s an upgrade from the High package and includes all those features. Lux, however, also includes features like adaptive cruise control, universal garage door opener, evasive steering assist, and a heated steering wheel.

This package is included on the First Edition model only but can be included on both the Outer Banks and Wildtrak models.

The highest level package is the Sasquatch. This package is built more for off-road, so the upgraded features are more for performance rather than comfort. It includes high-clearance suspension and 10-speed automatic transmission with Trail Control.

The Sasquatch Package is included on both the Wildtrak and First Edition models but is optional for Outer Banks, Badlands, Black Diamonds, and Base models.

The 2021 Ford Bronco is quite a vehicle. It’s a car built to accentuate the comfort while amping up the off-road, rugged performance the original Bronco was known for. It’s an opportunity for excitement and adventure, but one that should be well protected.

You might think insuring a new Bronco would be expensive.The truth is that it can be very affordable, but there are a number of factors to consider. Everything from how the vehicle will be used to the age and driving history of the driver will be considered when determining insurance cost. Insurance costs by state also vary.

Any Ford vehicle is also part of an iconic brand, and that does factor into insurance.

Ford is known for manufacturing vehicles with high safety ratings. These rates are used to determine rates and premiums. If you find yourself in a Ford, like a new Bronco, you can rest assured that the premium will reflect the trustworthiness of the brand.

Bronco is a car from the past that has been brought quickly into the future with a fresh redesign and more features, like improved exterior cameras, upgraded sound system, and adaptive cruise control. If you’re in the market for a new car, then consider the 2021 Ford Bronco. It is a car of the past, the present, and the future.

Laura Gunn researches and writes for the auto insurance comparison site, BuyAutoInsurance.com. Members of her family have been Ford owners for years and have long loved the Bronco. 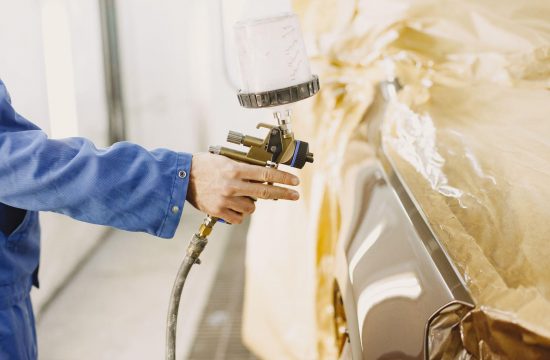 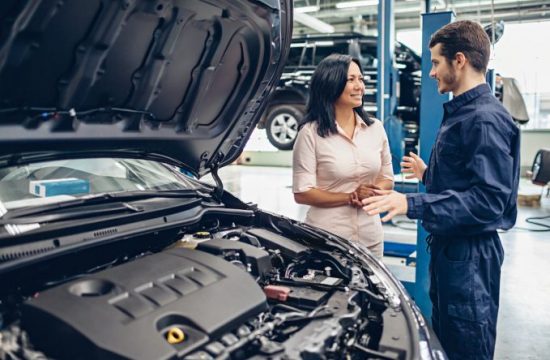 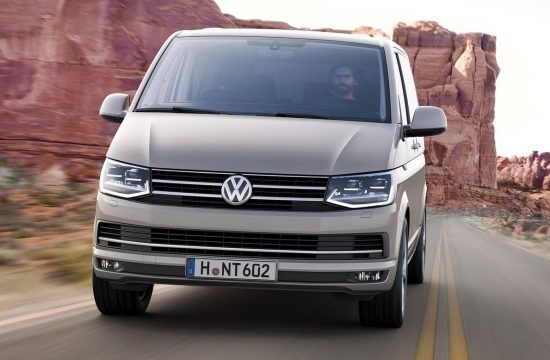 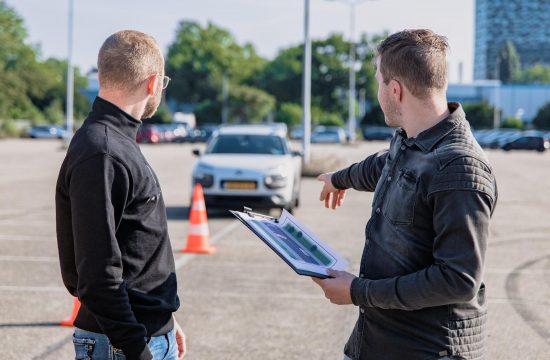 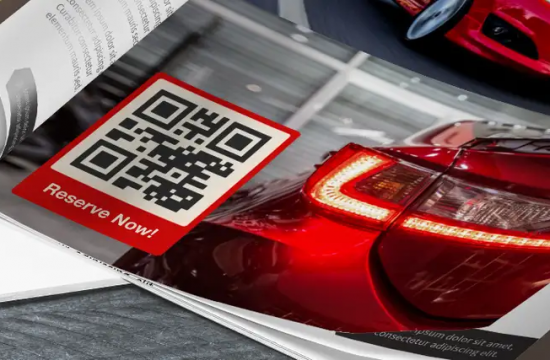 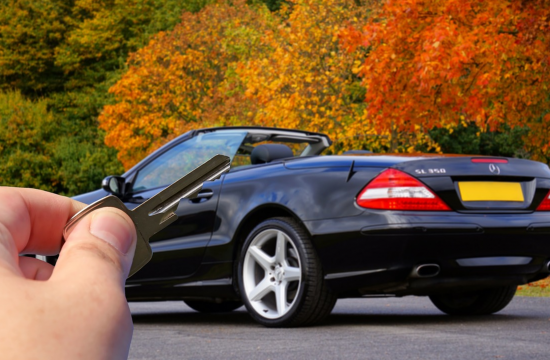