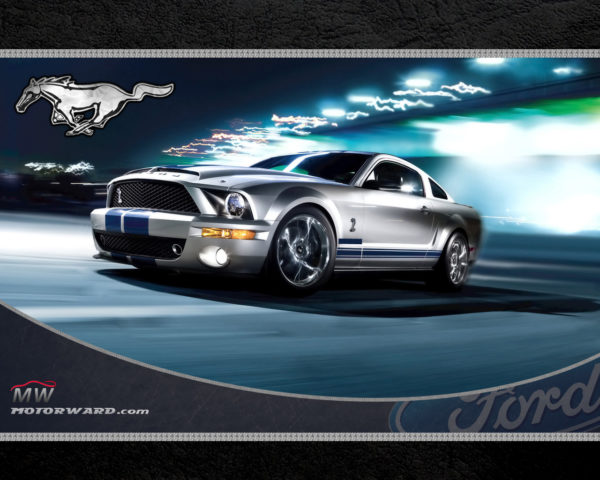 Back in 1965, the Ford Mustang was one of the coolest cars in America, probably the car of the moment. Everyone talked about Ford’s new sports car and the Dearborn based carmaker was on its way to sell 400,000 units in the first production year, a lot more than the initial estimates of 100,000 units (they sold those cars in the first three months). It was the car every teenager in the United States dreamed about and, as expected, its success didn’t go unnoticed.

That’s why the management of the tallest building in the country at the time, the iconic Empire State Building, would contact Ford about creating an incredible event that would get the media’s attention and that would have everyone talking about it. Finished in 1931, the Empire State Building was not only the tallest building in the United States, but also in the world, the 102 story building standing at 1,454 feet (443 meters) high. 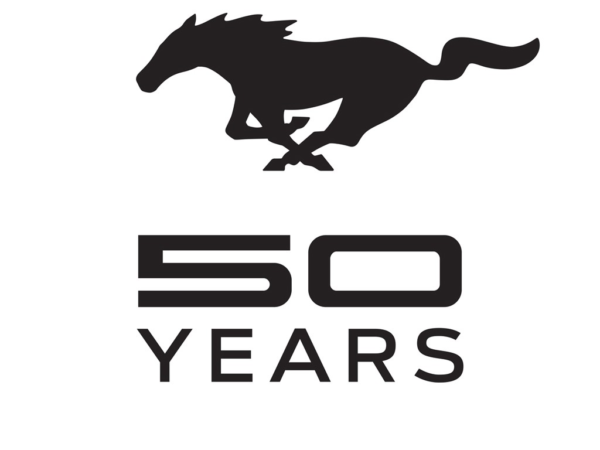 Over 50 years ago, it wasn’t that easy to create an event that would go viral, like we see these days. Remember those were times when the Internet didn’t even exist and computers were rare and only scientists had access to. Actually, the expression of “going viral” didn’t even exist and the most popular media outlets were newspapers, magazines, radio and television, the latter being still in its infancy compared to the media phenomenon it is today.

That’s where Robert Leury came in. The vice-president and general manager of the Empire State Building quickly realized that he can draw some of the huge attention the Ford Mustang was getting to the building he was managing. Leury would go on and invite William Benton, a manager of the carmaker’s sales division, to talk about setting up a special event. What followed quickly became an example for advertising events and would be referenced for years to come in the marketing industry. 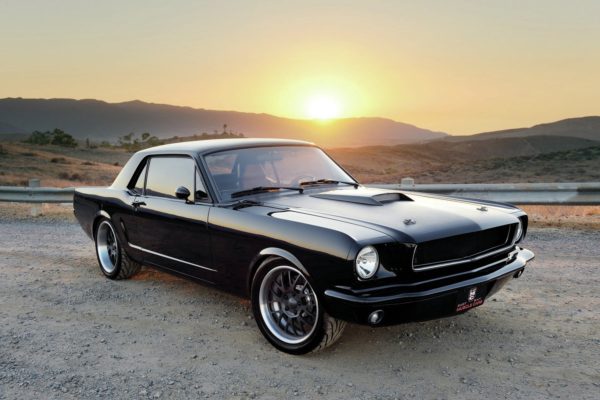 The idea Leury pitched to Benton was to put together two American symbols, the Ford Mustang and the Empire State Building, by placing a car on top of the building. It was an idea Benton immediately liked and he would immediately return to Dearborn and put together a team of eight Ford engineers whose purpose was to find a way to put a Ford Mustang on the building’s observation deck on the 86th floor. The project was ambitious and required several technical innovative technical solutions.

The first solution they thought of was lifting the car using a helicopter, but they soon discovered it was almost impossible, given the building’s height and architecture. They realized it was too dangerous so they went on and looked for another way, starting with a trip to New York. Here, with tape measures in their hands, they started carefully examining the building. Access doors, elevators, hallways, ceilings, everything. When they were done, nothing was left unmeasured. After making a few calculations on a napkin, the Ford engineers finally found the solution: a brand new Mustang was about to be cut to pieces, lifted using the visitor elevators and then reassembled on top of the building. The only major issue was making sure to cut the car in a way that it wouldn’t hurt its final looks after reassembly.

The team returned to Dearborn and started working on the details. In order to fit the 15 feet car into the elevators, the engineers decided to cut the Mustang in four pieces: windshield, the front part (including the engine bay), the central part and the trunk. To make it even easier, they removed the front seats, the central console and the two doors in the first phase and then the engine, the transmission and the drive shaft. After these elements were removed, they started cutting the car. 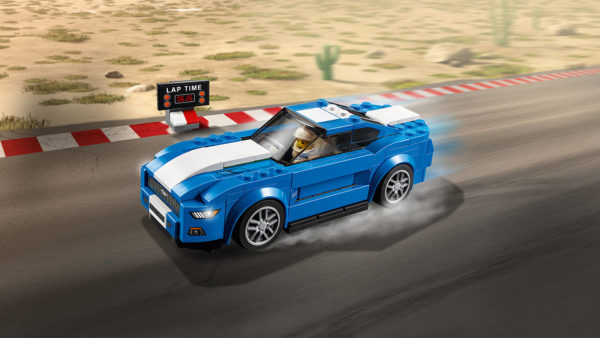 The cuts for the main parts of the body were made along the doors, while the windshield was cut together with the frame. To make it easier to put them back together on the Empire State Building, they fitted the parts with several additional support elements. The team also built a special rolling dolly for guiding the pieces into the elevator and for reducing the time required for the entire process. Also, before shipping the parts to the Big Apple, the engineers performed three tests by transporting the parts and fitting them in containers similar in size to the Empire State Building elevators. All they had to do now was choose the date.

A night to remember

The event was scheduled for October 20, 1965 and the eight Ford engineers, dressed in white overalls, started doing their thing at 10:30 pm, after the building’s working and visiting hours were over. They unloaded the car from the truck and started cutting it to pieces in front of a few curious bystanders.

And like all great stories, something always gets messed up and doesn’t work according to plan. Despite all the planning, an error apparently slipped by and one of the parts proved to be a quarter of an inch (6.5 mm) wider than the elevators’ door. But after a few attempts and a little juggling, the piece finally fitted in and was lifted to the 86th floor. One by one, all the parts were brought up to the observation deck and the team started assembling them, despite a 37 mph (60 km/h) wind blowing and making their task more difficult. But everything was finished by 4:30 am and they even had time for a coffee before the news helicopters started arriving. 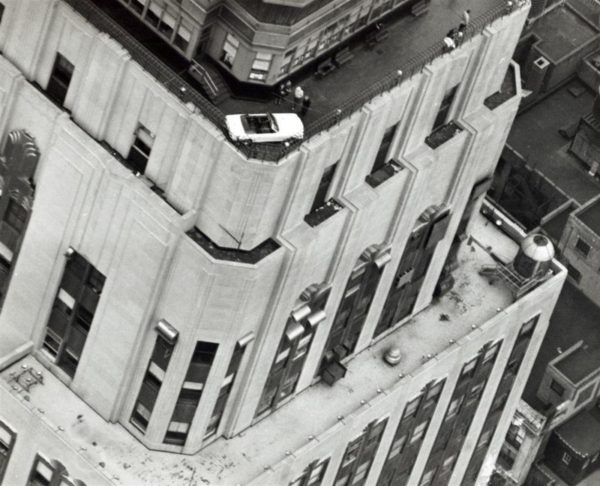 By 11 am, the car was photographed by every reporter in town and it was once again dismembered and moved inside the building, on the same floor. It was a surprise for the 14,000 people that visited the Empire State Building that day and to many more to come, because the Mustang was displayed there for several months.

Today, not many remember about the advertising stunt pulled by Ford and the Empire State Building’s management, but at the time, it was these events that contributed to the Mustang achieving the legend status it has today. It also had a great impact on sales, because only a year later, Ford sold an amazing number of 607,568 Mustangs. By March 1966, the Mustang was removed from the Empire State Building, and at that time, Ford was already celebrating the millionth unit sold.

In 2014, the Ford Mustang celebrated its 50th anniversary and what better way to mark this moment than to recreate one of the best advertising events in history. So Ford decided to lift a full sized Mustang on top of the Empire State Building once again, 49 years after the team of eight engineers did it for the first time.

You’d think that 50 years later, technology evolved enough to make the task easier, but Ford decided to do it the same way they did half a century ago and instead of using a helicopter to lift the car, they cut it to pieces and used the building’s elevators. However, they did take advantage of modern technology and even though the car was cut into several pieces, the vehicle that was used looked more like a car from the Transformers movies. Unlike the previous Mustang, the new one was cut into five pieces, because the car is also bigger than the first generation and the team was made of only six Ford engineers, not eight. Another difference is that this time they were able to use scale models of both the car and elevators to make sure they won’t repeat the mistakes made in the 1960s. 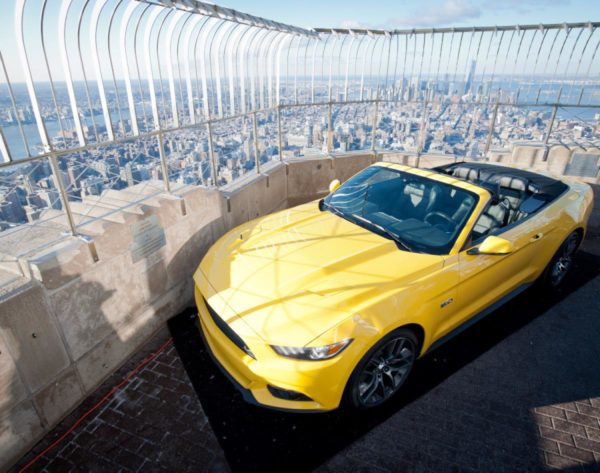 More thorough planning was required because what was more difficult than the first time was that right now, Ford and its partner DST Industries, had less time for the whole thing. They had to cut, lift and assemble the car between 2 am and 8 am, the only time when the building was closed to the public. But after countless training sessions, everyone was ready and everything worked as planned, so by 8 am, the Empire State Building observation deck was opened to visitors who were able to admire the modern Ford Mustang standing in the same place where the first one made history.