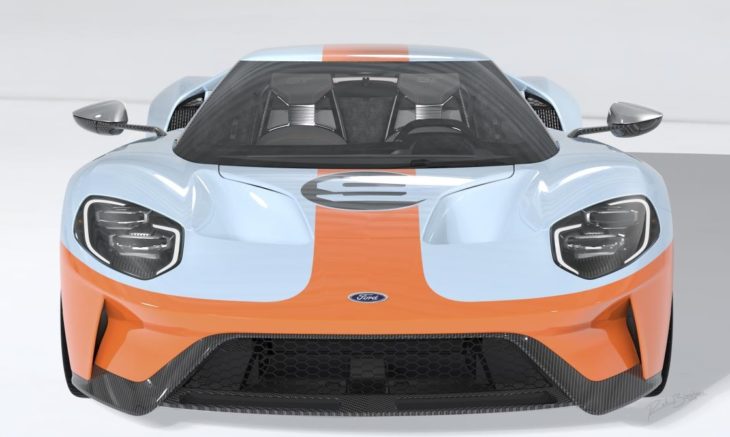 Tuners have been wrapping Ford GTs in fake Gulf liveries for so long, Ford decided to come up with one themselves. They announced the 2019 Ford GT Heritage Edition and the reason it’s not fake is because it celebrates 50th anniversary of the 1968 and 1969 Le Mans-winning GT40 which worse the exact same livery.

Of course, you have to be a monumental car geek to care whether a Gulf livery is worn deservedly or not. But the fact is, the Gulf colors look great and they can improve the looks of any car, let alone something as cool and dainty as the new GT. The 2019 Ford GT Heritage Edition here wears the hell out of that Heritage Blue and Heritage Orange and even complements them with new optional carbon fiber packages. 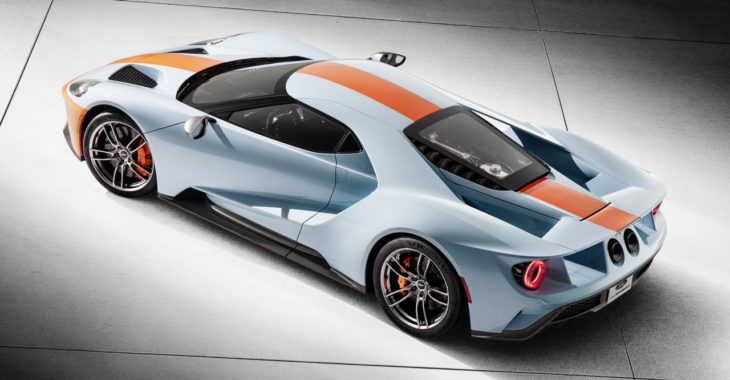 The optional carbon packages for both the exterior and interior of the 2019 Ford GT Heritage Edition features the No. 9 graphics on the hood and doors, as well as a ghosted image on the interior door panels. Then there is the exposed carbon fiber A-pillars and sports unique 20-inch one-piece forged aluminum wheels in high-gloss dark stainless with black lug nuts as well as orange calipers and silver rearview mirror caps. Inside, Ebony Alcantara on the seats, instrument panel, pillars, headliner and steering wheel is the main highlight, enhanced with blue and orange stitching, polished anodized paddle shifters, high-gloss dark stainless appliqués accent the instrument panel, door register bezels and x-brace. This is about as special as you can make one of these cars. 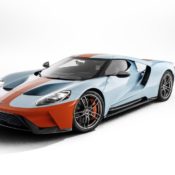 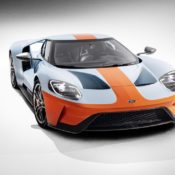 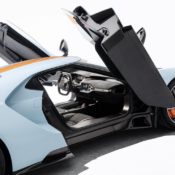 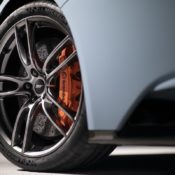 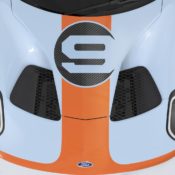 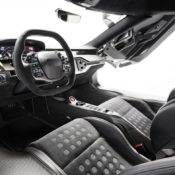 “We are delighted to partner with Ford to help the Gulf-themed Heritage Edition Ford GT become reality. The Ford Marque has played a major role in creating Gulf’s place in motoring and motorsporting legend and the same is true in reverse,” enthused MD of Gulf Oil Lubricants India Ltd, Ravi Chawla. “Every Gulf outright victory at Le Mans has been Ford-powered and of course Gulf Ford GT40s took the latter two wins of Ford’s four consecutive victories at Le Mans from 1966-1969. What could be more fitting than both brands coming together to produce this fantastic motor car – the modern spiritual successor to the amazing Gulf-Ford GT40s that took Le Mans and World Championship honours.” 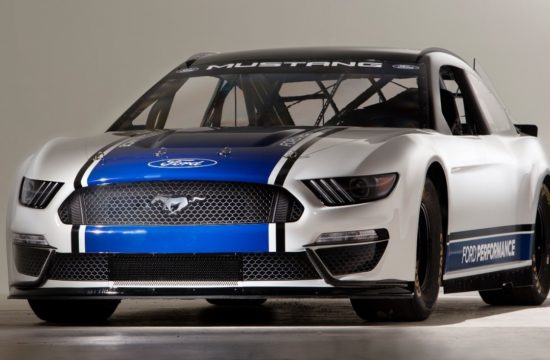