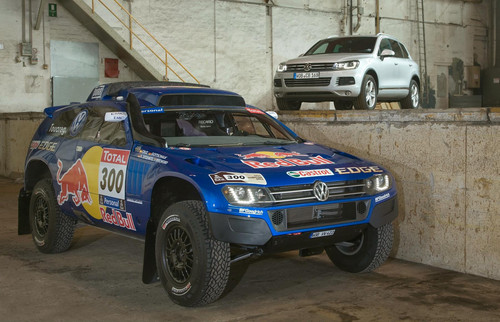 This is the latest version of Volkswagen’s Dakar challenger, the Race Touareg 3, and it’s going to have a tough job defending its family’s legacy. You see it replaces the Race Touareg 2 which has won Dakar Rally in 2009 and 2010. Like its predecessor, it’s powered by a diesel engine which is much like the one you get in the road-going Touareg.  In fact if you have the necessary parts and knowledge, you can turn a normal Touareg into a racer, just like Richard Hammond did!

The Race Touareg 3 features a carbon fibre and Kevlar bodywork which is slightly different than before, due to some wind tunnel testings. The new body provides better improved cooling systems around the roof of the vehicle while minimising disruption to the airflow at high speeds. It also looks fresh thanks to the new LED lights, a new grille, window line, rear clamshell and wheels

The car’s twin-turbocharged 2.5-litre TDI engine has also been optimised. It makes 300 PS and 442 lbs ft of torque and is adopted to cope with the severe altitude changes incurred on the Dakar with the vehicle climbing to heights of over 15,000 feet above sea level. New revisions also mean that it’s lighter on fuel.

The 2.5-litre engine channels its drive through three limited slip differentials via a newly upgraded five-speed sequential gearbox and a ZF-Sachs three-plate ceramic clutch. The result is the ability to accelerate to 62 mph in 6.1 seconds before reaching a top speed of 117 mph in nearly any conditions.

Race Touareg 3 is based on a high-strength steel spaceframe chassis with a pair of springs and damper units fitted to every corner in order to protect the vehicle against severe impacts. The car also benefits from specially developed BF Goodrich 235/85 R16 tyres. 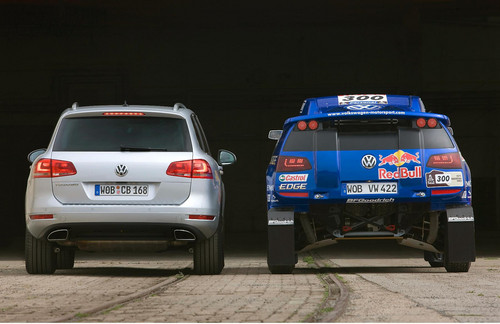 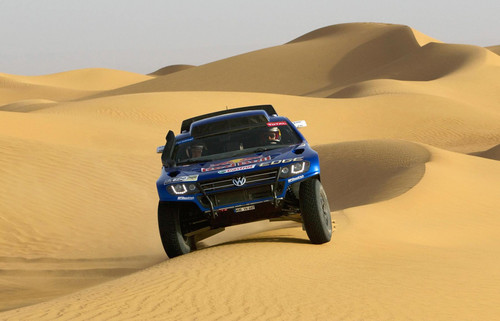 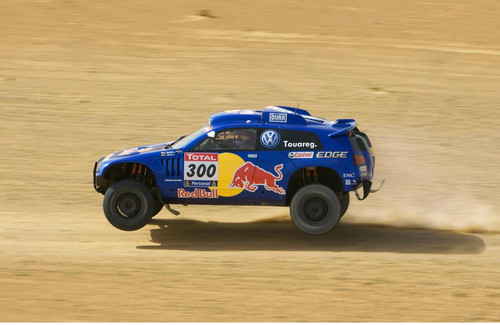 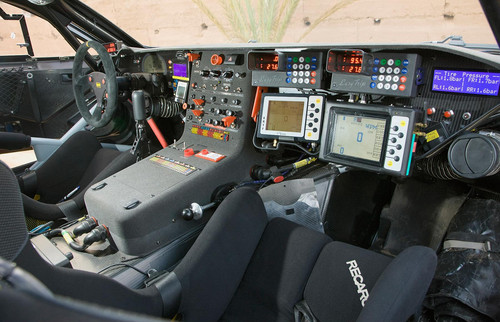 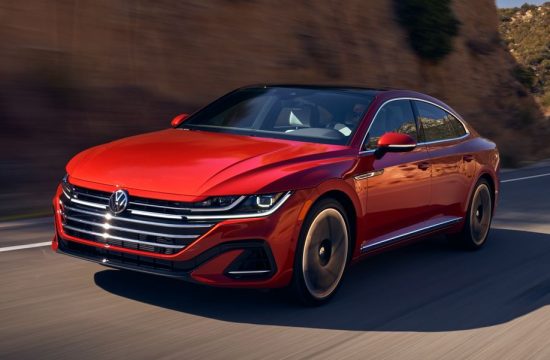