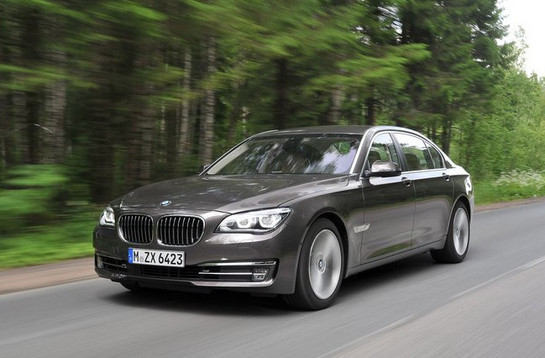 Not a single day passes without some horrid story about the future of V12 engines. This one is different though. This one’s good news. BMW is celebrating the 25th anniversary of using V12 engines with a special edition 7-Series, limited to only 15 units for the North American market. This unique 760 Li will costs very nearly $160,000.

That is good money, but the engine you receive in exchange for it, is better. It’s a 6.0-liter Twin Turbo V12 developing 535 horsepower and 550 lb-ft of torque. It will give the massive 7-Series a 0 to 60mph sprint time of 4.5 seconds.

To make sure people notice this is a V12 – because nothing’s cooler than having a V12-powered car – and a rather special one no less, you get V12 logos on the dashboard, all of the headrests, door sills, and even on the iDrive joystick thingy. That’s not all. You also get a “V12 25 Years Edition” badge on the boot lid.

These cars all get the Individual treatment with stuff like 20-inch wheels, special wood and piano black trimming, Merino Leather, Alcantara headliner and so on. Further customization is also possible.