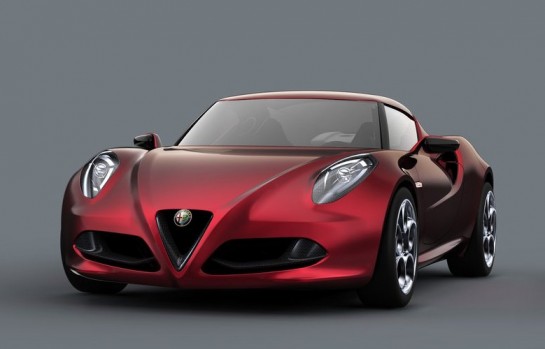 Alfa Romeo is still not sure when will be ready to launch the long-awaited 4C sports car in Europe, but the absolute boss of everything Fiat/Chrysler, Sergio Marchionne, stated confidently at the Detroit Motor Show that it will arrive in the States before the end of the year, thus finalizing Alfa Romeo’s return to the U.S. market.

Alfa Romeo 4C was first introduced as a concept back in 2011 and received overwhelmingly positive response. To make sure the production car is every bit as good as the concept people fell in love with, Alfa took its sweet time developing the car, but it seems the 4C is finally ready to be born. A couple of test cars have been spotted in various locations in the U.S., which is a good sign.

“We’re finalizing the car now, so it should be here by the end of the year,” Marchionne said after an InForum breakfast Friday in Detroit. “It’s ready in the sense of all the work with architecture and types of models.” He continued “I think it’s going to create a lot of support for Alfa coming back to the United States,” Marchionne said of the agreement. “It’s ready in the sense that a lot of work has gone on in terms of architectures and models. We need to make sure we hit the powertrains.”

The 4C is a lightweight, mid-engined, rear-wheel-drive sports car, powered by efficient turbocharged four-cylinder engines. It will be able to reach a top speed of over 250 km/h and to accelerate from 0 to 100km in under 5 seconds. It is also incredibly stylish and cool.