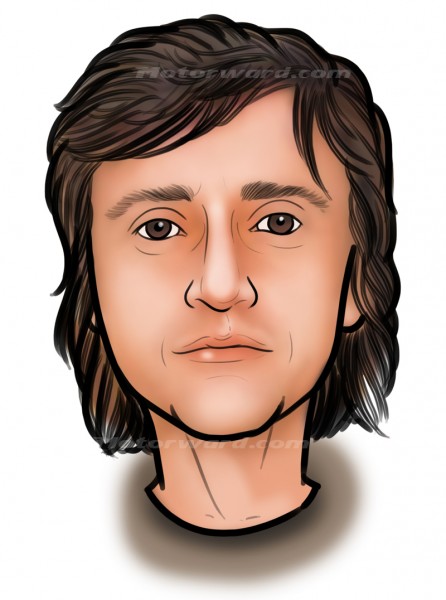 Known for nibbling on cardboard and for his diminutive stature, no one would have guessed a man nicknamed “Hamster” would become a famous automotive journalist and television presenter.

Standing small at five feet seven inches, Richard Mark Hammond has made an interesting name for himself in both television media and in the automotive industry. Born to Alan and Eileen Hammond in Solihull Warwickshire (now West Midlands), England on December 19, 1969, he attended Solihull School and Ripon School during his youth. As the grandson of Birmingham automobile industry workers, it seems that affection for motoring is in Hammond’s genes. In as little as two years, he had completed his degree from Harrogate College of Art and Technology, where he demonstrated a propensity for radio broadcasting and the arts. 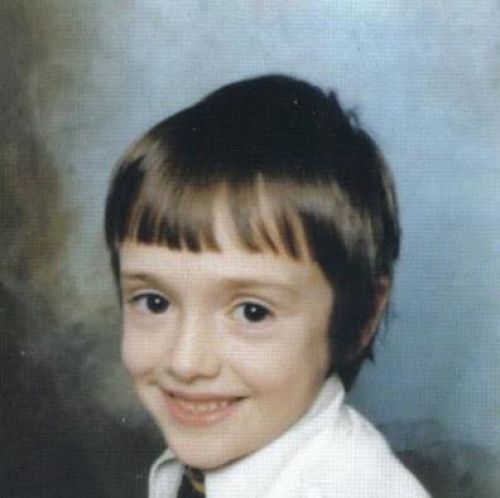 His first full-time job was in 1989 when he began working for BBC Radio York as an assistant for the mid-morning programme. He described the type of work he did there, saying, “Mostly, I made tea and got to drive about the county interviewing farmers who had found a turnip shaped like an elephant and blacksmiths who had made gates for someone who once met the Pope.” Hammond was a bit of a nomad, changing radio stations almost as often as he changed his socks! After being fired from BBC Radio York, he worked for various news stations including the following: Radio Cleveland, Radio Cumbria, Radio Leeds, Radio Newcastle, and Radio Lancashire. On his personal blog he confesses that the reason travelling from radio station to radio station during the early years of his young broadcasting career was not because he was a “romantic, wandering radio gypsy moving from county to county wherever the work and love took him.” Instead, he believes he had to move from station to station because he simply was not that adept at the work.

Hammond landed his first television spot in 1998, when he served as a presenter for Motorweek (Men & Motors TV series). With an expansive career in radio to brag about, he began to experiment with television work outside of the automotive realm. In 2005, he unveiled a fondness for man’s best friend when he served as a presenter for the Crufts dog show. In 2003, he directed his attention toward another non-motoring venture when he accepted as position as host of Brainiac: Science Abuse, a documentary style show that featured numerous scientific experiments. 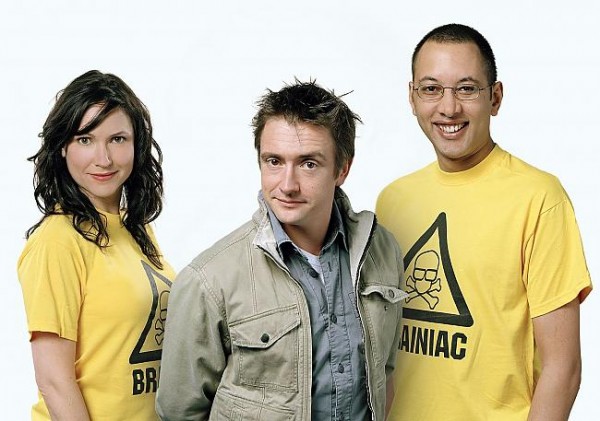 What’s more, one of the highlights of his prolific career was presenting both the 2004 and 2005 editions of the British Parking Awards. Celebrating his celebrity status, Hammond made an appearance on BBC One quiz show titled, School’s Out, in which celebrities answer questions and showcase the knowledge they have acquired in school. Further, he presented another show of non-automotive content, called The Gunpowder Plot: Exploding The Legend. This British television programme modernized certain aspects of the Gunpowder Plot where Guy Fawkes tried to blow the House of Lords to pieces. Though Hammond only hosted the show and did not have a role in the historical dramatizations, he did express his point of view regarding the recreation of the London Bombings while filming the Gunpowder Plot: Exploding the Legend when he said, “There were those who said we should stop our project, that it was insensitive. I disagreed. This is, after all, the story of a young man who felt persecuted in his country, who travelled abroad to learn how to use explosives and returned prepared to perpetrate an appalling act of terrorism – and if that rings a bell, so it should.”

In 2002, “Hamster” landed his dream job: presenting the new format of motoring programme, Top Gear, alongside James May and Jeremy Clarkson. What was interesting about this position is that after his interview with BBC he did not think he would even be selected to be a co-host. However, shortly after his audition, he received a phone call from the show’s producer, notifying him that he landed the spot on Top Gear. A dream come true for Hammond, he took the position seriously and has since become a highly valued voice of authority for motoring enthusiasts in the United Kingdom as well as abroad. Some of his wild Top Gear antics include attaching himself to a sinking car, travelling by car to the magnetic North Pole with his co-hosts, and, of course, crashing a car while he was driving at an exceedingly high speed. 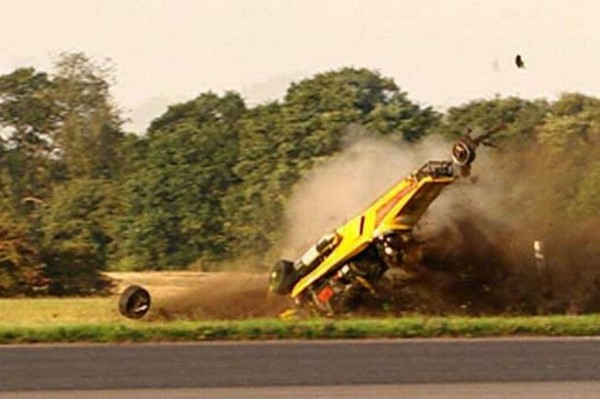 Dubbed the “hamster” by co-presenters Jeremy Clarkson and James May, he perpetuated his hamster-like qualities by repeatedly chewing on cardboard several times during the seventh season of the show. Hammond received negative feedback when he intimated that nobody would choose to own a Mexican automobile. He equated Mexican cars with stereotypical characteristics, saying that a Mexican vehicle would be a “lazy, feckless, flatulent, overweight oaf.” BBC stood by its presenter, explaining that nationality stereotyping is a large, harmless part of British joking.

In 2006, Hammond scored a spot as a team captain, along with Chris Barrie, on the short lived panel game show on the British Broadcasting Channel titled, Petrolheads. Bringing his wealth of automotive expertise to the show, he stirred up a bit of a raucous when he was beguiled into crashing into his own beloved Ferrari in one of the show stints; he was blindfolded and made to parallel park sans vision, resulting in him careening into his prized Italian luxury car. Hammond held a position as host for BBC One’s Total Wipeout, a reworking of the United States version of the television series, Wipeout. Along with co-host Amanda Byram, Hammond recorded voiceovers, while Byram presented on the show in Buenos Aires, Argentina. The show aired its final season in 2012 after BBC decided to cancel it. 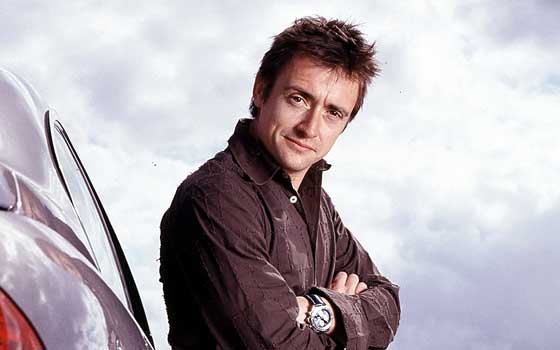 Furthermore, Richard Hammond is no stranger to the tabloids. In September of 2006, he ran into a lot of publicity; but that was not the only thing he ran into. While performing a stunt for Top Gear, he crashed and wrecked a jet-powered automobile travelling at around three hundred miles per hour. The car flipped, which landed Hammond in a hospital bed for approximately two weeks. Though he was nearly on his deathbed and was suffering from a “serious brain injury” after the car accident, he did make a full, miraculous recovery.

Despite his car-crashing antics, he has enjoyed a great deal of success in his personal life. Married to Amanda (Mindy) Etheridge since May of 2002, he has two “beautiful, funny, and clever daughters” named Isabella (Izzy) and Willow, which he considers to be his “greatest achievement.” Currently, the Hammond family resides in Herefordshire that in a castle-esque home. They also spend time in their luxurious London apartment as well. 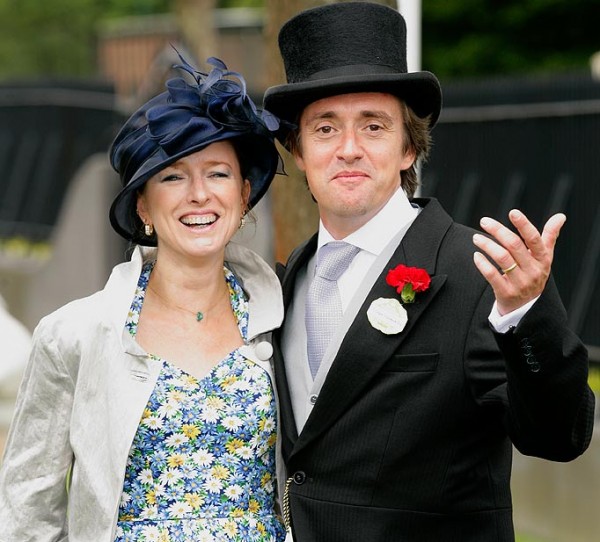 Known for his extensive hand in charity work, Hammond spends time working with charities that deal with children who have or have had serious brain injuries. Sparked by his own brain injury incident, he has made it his mission to increase worldwide awareness of the devastating reality of brain damage. In late 2007, Hammond released On The Edge: My Story, which features primary accounts and stories from Hammond’s wife, Mindy, and also a first hand account of the car crash from Richard Hammond himself. This provides a glimpse into what really happened and how the Hammond family is dealing with the after effects of Hammond’s brain injury.

His personal repertoire of cars includes a Porsche 911, a vintage Mustang GT, a Morgan Aeromax, a Dodge Charger, an Opel Kadett (Oliver), a Land Rover, along with several expensive motorcycles. 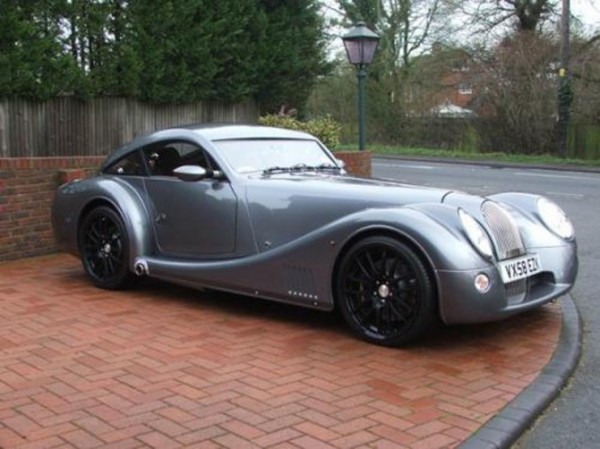 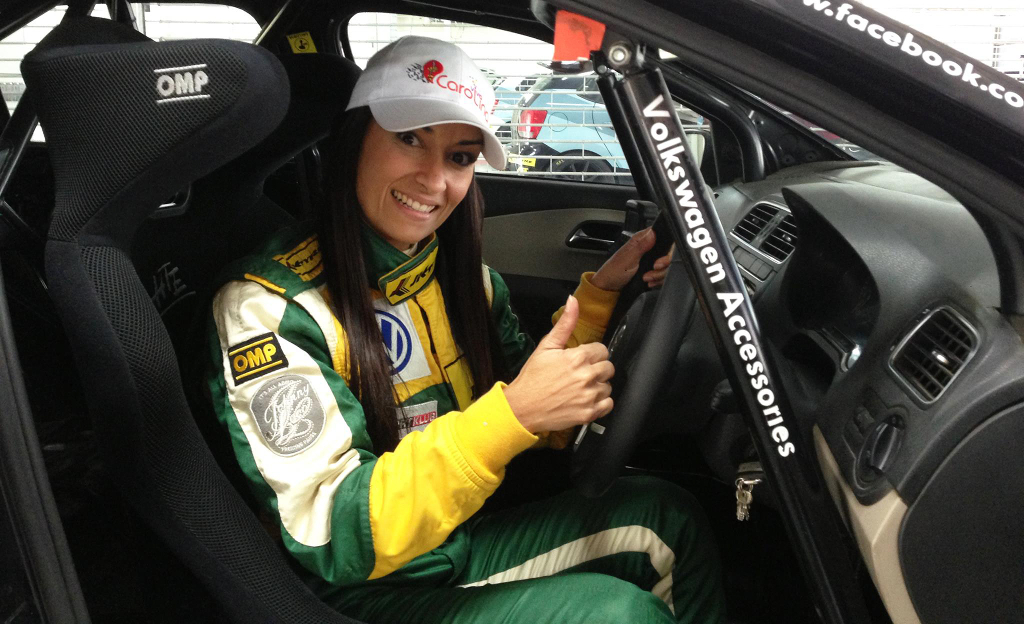 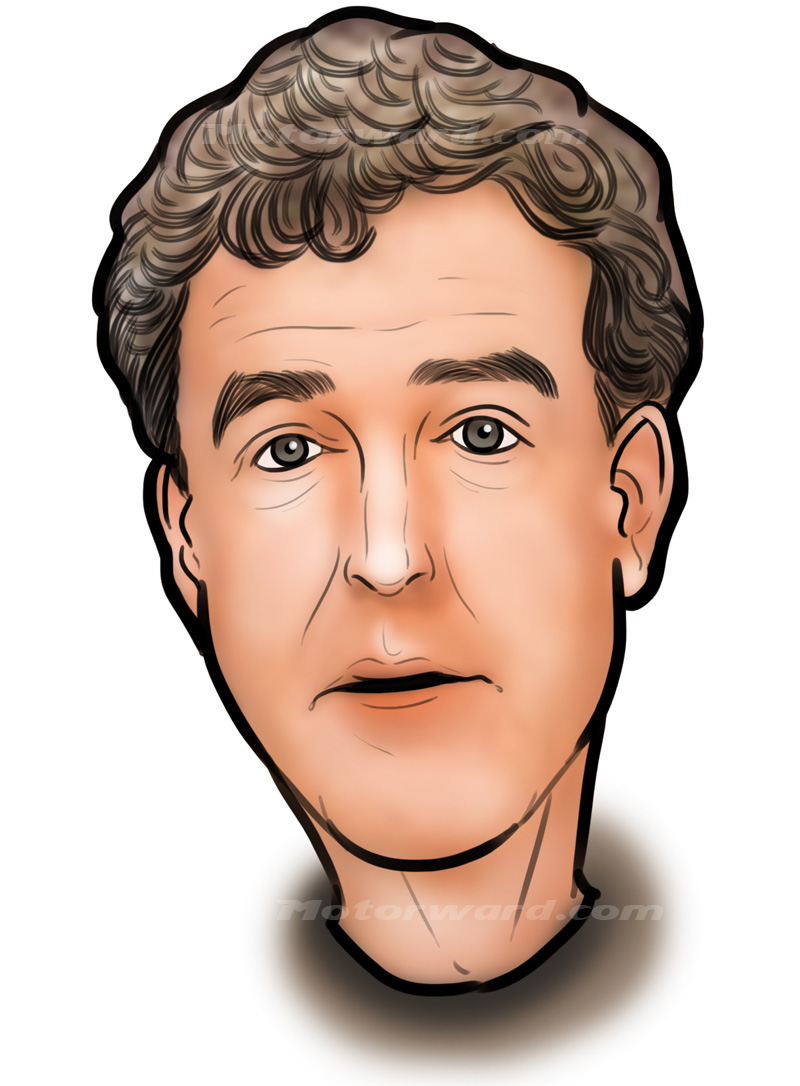 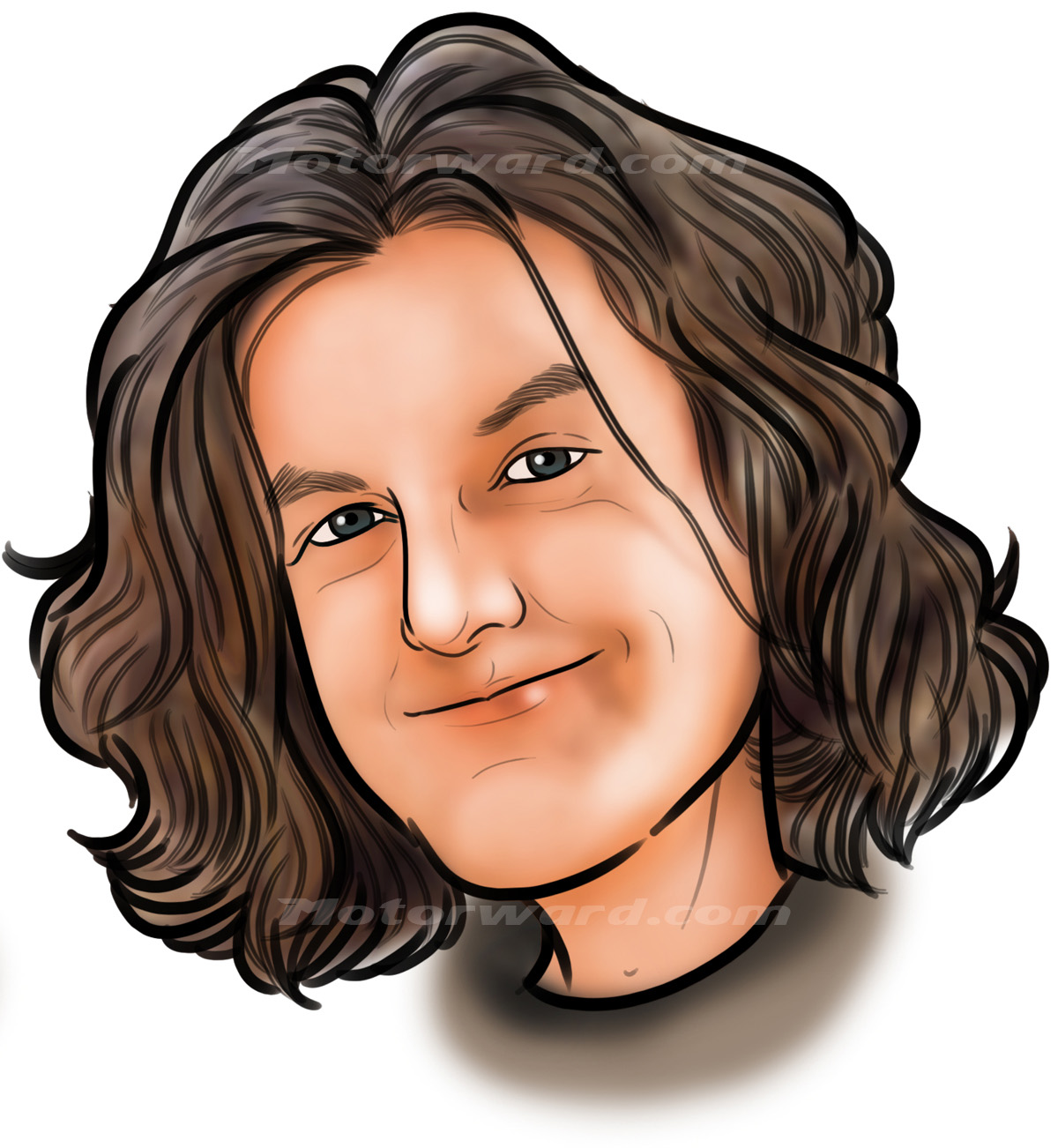 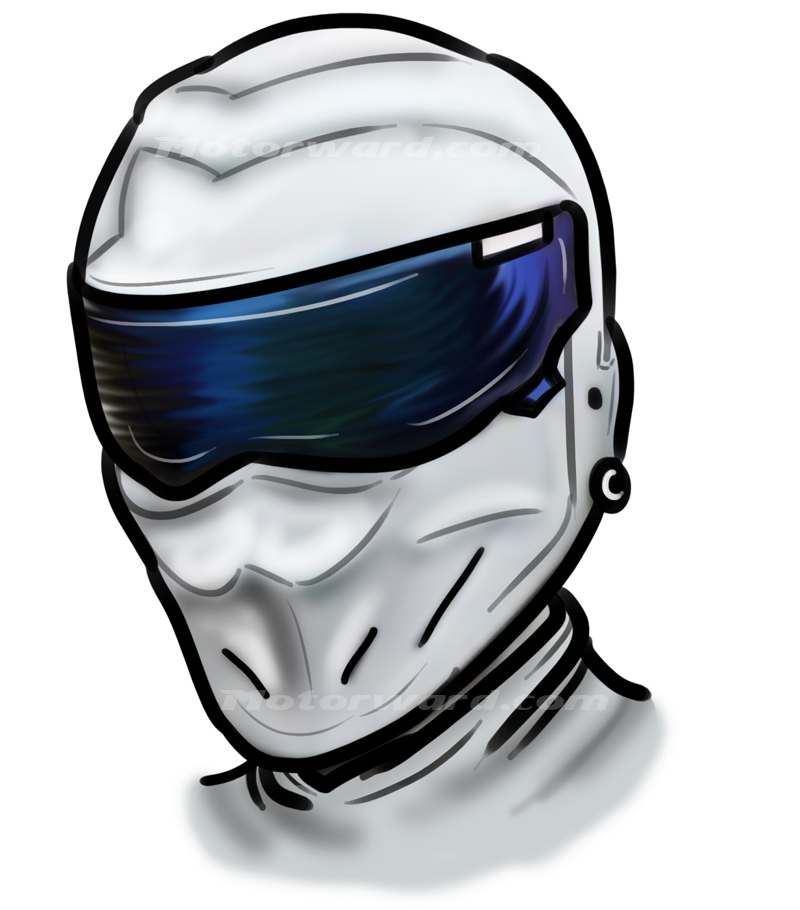 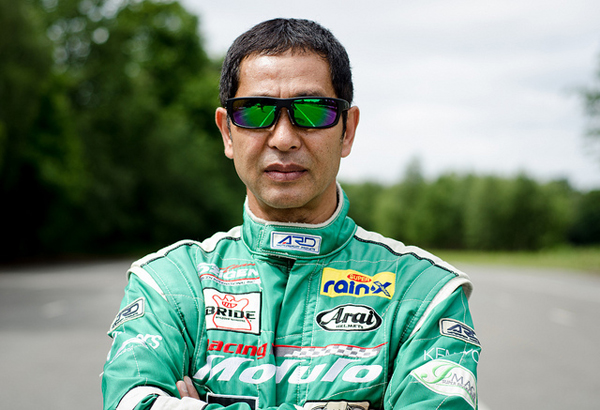 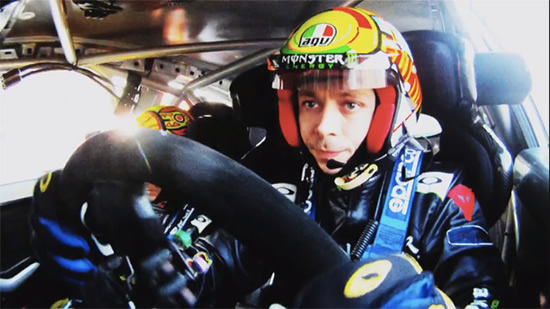 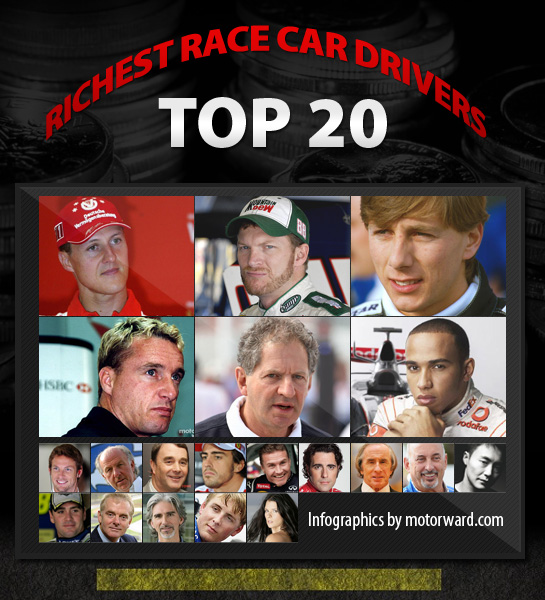