Ferdinand Alexander Porsche was the son of Ferry Porsche and the grandson of Ferdinand Porsche, the man who founded the famous German carmaker. People close to him called him “Butzi”, but for car enthusiasts all over the world he will always be remembered as the man who created a legend, the Porsche 911.

Unlike his famous grandfather or his father, Ferdinand Porsche was not an engineer. He has always been more interested in design, but never thought about himself as being an artist or a designer. 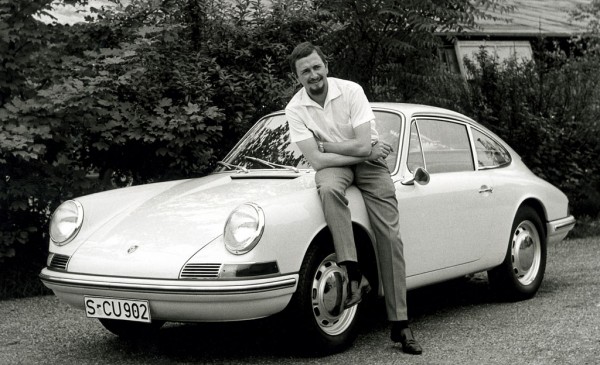 Ferdinand Alexander Porsche was born in Stuttgart, on December 11, 1935 and he was the first child of Dorothea and Ferry Porsche. He grew up among cars in his grandfather’s workshop, where he irreversibly fell in love with automobiles, especially with their shape and styling. He began his education at Zell am See in Austria, continuing with the Waldorf college in Stuttgart. After finishing this one, he decided to apply at the famous design school in Ulm, Germany, which he attended for a year until he was forced to give up, being dismissed by the examination board who didn’t think he had what he took to be a great designer. Following the dismissal, he joined the family business in 1957, as part of the design department lead, at that time, by Erwin Komenada. Komenada was an important part of Porsche, being an old partner of Ferry Porsche and the man to have an important role in designing iconic cars such as the Volkswagen Beetle, Porsche 356 and the Porsche 550 Spyder.

During his work at Porsche, Ferdinand Alexander was involved in several projects, out of which the most famous one is the Porsche 911. Basically, in 1963, F.A. Porsche created the famous shape which would later become iconic and put this model in its special place in sports cars history. 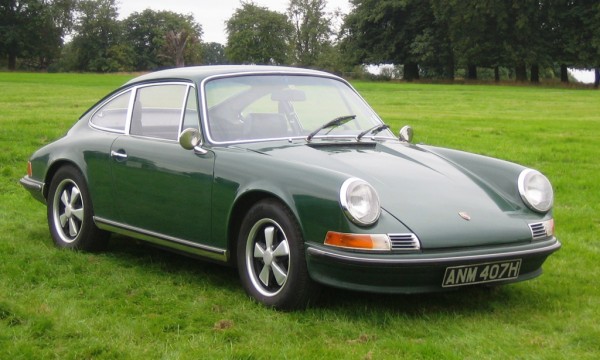 Ferdinand Alexander Porsche was the one to draw the first 911, which received the internal name of “Typ 901”. Actually, “901” was supposed to be the model’s production name too, but Peugeot didn’t allow that, because the French carmaker had previously registered the right to name its cars with three digit numbers that had a “0” in the middle. This made the Stuttgart based carmaker rename the sports car and call it the Porsche 911, a name tag which is extremely popular today (unlike the Peugeot 901, which never existed).

Like we said, Butzi was the one to create the model’s styling, drawing perhaps one of the most distinct silhouettes in the car industry. Because almost everyone knows how a 911 looks like, no matter what generation. Ferdinand Alexander created the 911 following directions from his father, Ferry Porsche, who wanted a replacement for the 356 that would be more comfortable and with better performances. Butzi was able to deliver and fulfill his father’s requests, creating the famous 911 whose seventh generation we can see on the streets today. And the original silhouette is still there, in each generation, even though styling has been slightly updated with each new generation and not to mention technology, which made an incredible leap in the last decades (for example, the first 911 delivered 130 hp, while the most powerful 911 available today, the “991” Turbo S is powered by a six cylinder engine that produces 560 hp).

The second model that was created by Ferdinand Alexander Porsche was another legendary car, the Porsche 904 Carrera GTS. Far less popular and known than the 911, the Porsche 904 was a car that was designed and built with only one purpose in mind: the racetrack. It’s true, it also spawned a street version, but the model’s true DNA is about racing. Like we said, the model is a lot less popular than the 911, but its silhouette is just as classic and easy to recognize as the 911’s, at least for every true car enthusiast out there. Butzi would always say this was his dearest project and that the 904 was his favorite model in the Porsche range. 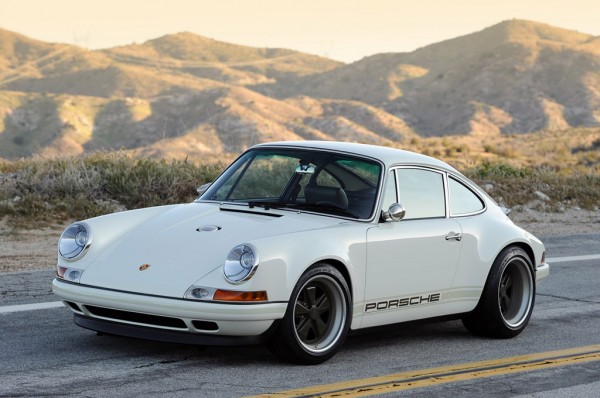 There was also a third project where Ferdinand Alexander Porsche was involved, the Porsche Typ 804 Formula 1. Even though Porsche successfully created Grand Prix cars for Mercedes or Auto Union (Audi’s predecessor), single-seater racing was never their favorite motorsport. However, following some rules being changed in Formula One in the early ‘60s, Porsche decided to enter the competition in 1961. The first season was terrible, with the car’s outdated design not allowing any decent results. However, things changed in 1962, when a newly developed Porsche 804 was created by no other than Ferdinand Alexander Porsche. This will remain the only Porsche car in history to win a Formula One race (the 1962 French Grand Prix with Dan Gurney as driver), because at the end of the season the company withdrew from Formula One, due to high costs (the company had just made a significant financial effort and acquired the Reutter factory).

Ferdinand Alexander Porsche left the car industry in 1973, when Porsche switched its legal form from limited partnership to public limited company and began public trading on the stock market. This change was decided by Ferry Porsche and Louise Piech, his sister, because the two didn’t have confidence in how the new generation would get along and manage the company’s future. After Porsche (now called Porsche AG) went public, management duties were taken by a new Executive Board, with family members forming a Supervisory Board that didn’t have any operational decision power. 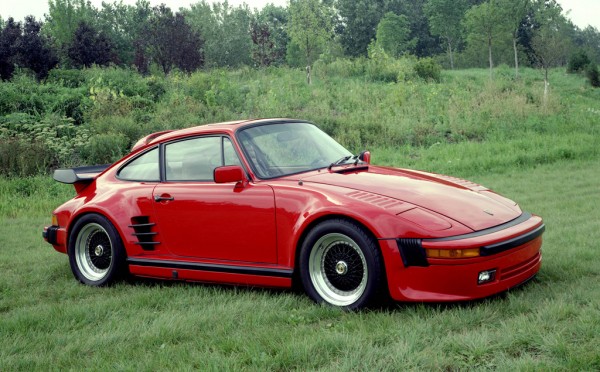 Following this change, Ferdinand Alexander Porsche left the company and founded a new one, called Porsche Design. The original headquarters was in Stuttgart, but it was later moved in Austria, at Zell am See. The new company was created to manufacture usual objects, but with an outstanding design. The Porsche Design line of products included watches, home appliances, sunglasses, writing instruments, shoes, luggage series, purses and many more. All these featured a unique and exquisite styling, setting them apart, with many being designed by Ferdinand Alexander Porsche himself. Besides creating their own line of products, Porsche Design has also put their mark on products from other brands too. These products usually have, besides their brand name, the inscription “Design by FA Porsche”. 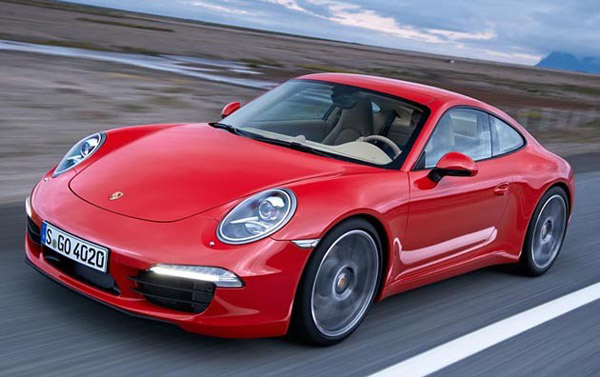 One of the most important series of luxury products manufactured by Porsche Design is their line of watches. Butzi has always preferred using new materials, and unusual for a wristwatch, and this gave Porsche Design watches a distinct identity and put them in a league of their own. The first units were produced in cooperation with Swiss watch manufacturer Orfina, followed by a cooperation with another Swiss watch manufacturer, IWC (International Watch Company).

In 1996, Porsche Design acquired Eterna, a small luxury watch company based in Grenchen, Switzerland. The company was “responsible” for many innovations in the watch industry, such as the smallest production wristwatch with a “baguette” movement (1930), a more advanced self-winding technolog (1948), the thinnest men watch with an automatic movement and date window (1962) and the thinnest watch (“Musem” series in 1980). Following some troubled times in the late ‘80s and early ‘90s, the company was bought by Porsche Design in 1996 and recently sold to a Chinese company in June 2012.

During his lifetime, Ferdinand Alexander Porsche received countless design awards. He was officially acknowledged for creating the original 911, and in 1999 received the “Professor” title from Thomas Klestil, Austria’s president. Professor Ferdinand Alexander Porsche stepped down from Porsche Design’s management in 2005, due to his state of health. 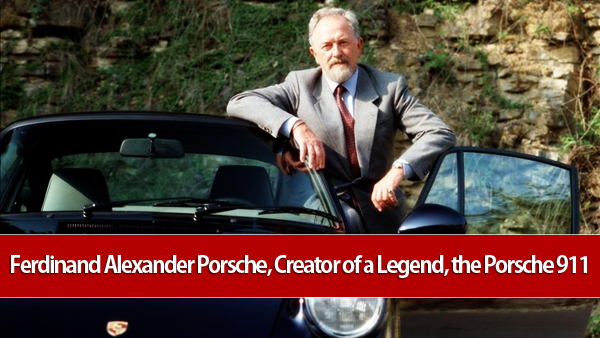 Even though he left Porsche in the ‘70s, he has always kept close connections with the Stuttgart carmaker. From 1990 he was the member of the board, stepping down three years later, in 1993, and leaving his place to his son, Oliver. However, he remained as honorary president of the advisory board until his death on April 5, 2012 at the age of 76. Professor Ferdinand Alexander Porsche was buried in the family grave at Schuttgut in Zell am See, Austria.