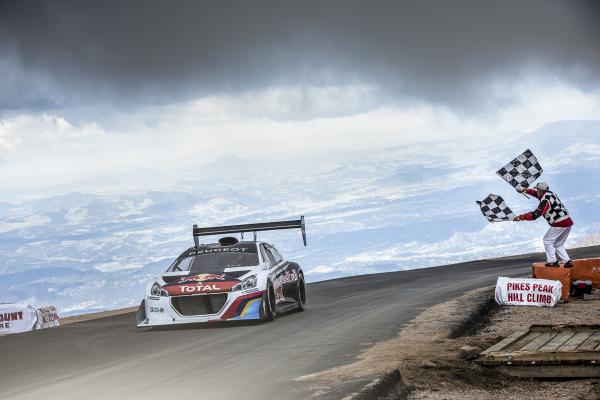 We knew that Sebastian Loeb and an 875 horsepower hatchback that weighs 875 kg would make a formidable combination, but we had no idea it could be so deadly. The duo murdered everyone else at this year’s Pikes Peak hill climb challenge by setting an amazing new record of 8 minutes 13.878 seconds.

Just to give you an idea how quick that time is, the next fastest time was 9:02.192, set by last year’s record holder Rhys Millen in his Hyundai Genesis. There is no doubt that Loeb is a better driver than Millen – after all, the Frenchman has won the World Rally Championship nine times – but a large part of that success is because of the car he was driving.

The Peugeot 208 T16 Pikes Peak turned to be a proper monster. With a power to weight ratio of 1 to 1, Formula One-like breaks, and unique aerodynamics, the little beast maintained an average speed of 145 km/h (87 mph) throughout the 12.72-mile course with 156 turns, hence the 50 second gap between Loeb and Millen, who managed to average 80 mph.

An insane performance by the French team. This record will definitely herald a new generation of Pikes Peak racers inspired by the 208 T16, and it’ll make the event a lot more exciting than before. 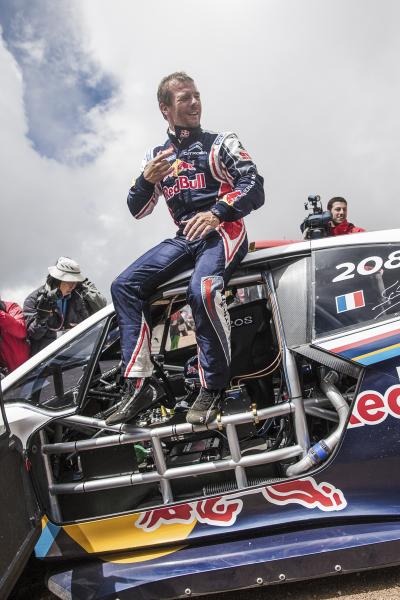 “For me, this was the race of the year,” said Loeb at the finish, 4300 metres high in the Rocky Mountains (probably thinking: “Monster Tajima who?!“) “At the beginning of my run there was a bit of pressure for sure because I knew there was so much work and investment from Peugeot and all the partners. Now, after all the practice, it was just down to me and I had to perform.”