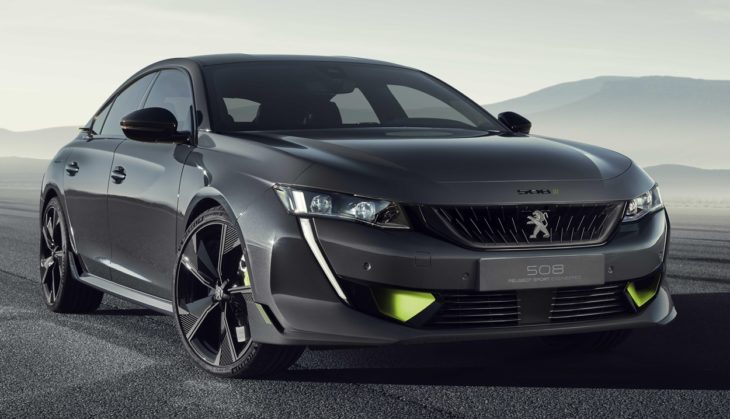 One of the top five coolest car ever to come out of Peugeot factories in France, without a doubt, is the 405 Mi16 sports saloon. This child of 90s was a stunner in ever sense, packing a lot more power and attitude than the standard version, and boasting the best name ever given to a car – Mi16. After that Peugeot kind of forgot how to make cool cars. Until, it seems, now. This is the Peugeot 508 Sport Engineered, and it has a strong whiff of the Mi16 about it.

If you forgive the rather silly and on-the-nose name, the Peugeot 508 Sport Engineered – which makes more sense if we call it the 508 Peugeot Sport Engineered – is the Mi16 of our time. To be unveiled at the next Geneva Motor Show in concept form, the 508 SE is a hybrid sports saloon featuring up-to-the-minute technologies. But those technologies are not used just to make this car an efficient tree-hugging family car. They are used to make a monster out of this car.

The powertrain in the Peugeot 508 Sport Engineered consists of a PureTech 200 engine and 110bhp electric motor driving the front wheels and a separate 150kW (200bhp) electric motor powering the rear wheels. The setup is backed by an 11.8kWh battery which enables the car to travel for 31 miles with zero emission and helps it to achieve CO2 emissions of 49g/km in hybrid mode. Another thing those electric motors are good for is performance. Making the car a default four-wheel-drive, they result in a combined output of 510 horsepower. Now that is enough to take this feline motherhumper from 0 to 62mph in 4.3 seconds. Sadly though, they have limited its top speed to 155 mph. That is not very Mi16-ish.

Also, the car could have a little bit more joie-de-vivre in terms of design. Granted, Peugeot’s design team has done a fine job with the new valance and radiator grille and bumper and flaps. And the Selenium Grey and carbon mirrors are cool touches which complement the Kryptonite and Onyx Black interior nicely. But comparing it to the Mi16 again, that car you look at it and you immediately know it’s a beefed up version of the 405. This one, well, let’s say it takes even the most hardcore fan a minute or two to tell the differences between the Peugeot Sport Engineered 508 and the vanilla version.

Now Peugeot is tight-lipped as to whether this little kitty cat will make it into production or not. But that have devised a social media campaign around it with the hashtag #unboringfuture. So something tells us this car will see the light of the day as a series production model, but it will take a while.