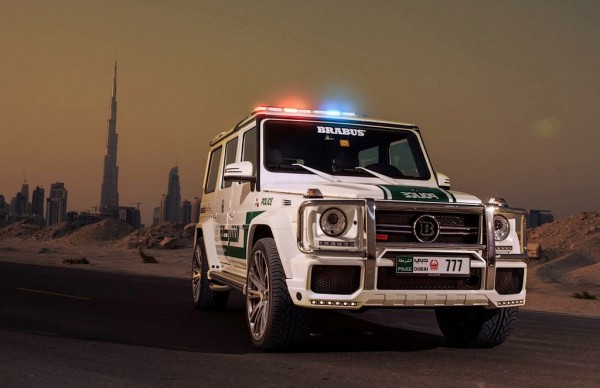 Dubai Police has a fat budget, and since there literally is no crime in that rich Gulf state, they tend to blow it up on fancy equipment. Recently they are into cars, and are buying exotics like crazy. We’ve seen their Lamborghini Aventador, Ferrari FF, Nissan GT-R, and Mercedes SLS. But standard cars are no longer cutting it for the Sheikhs.

So they ventured into the world of tuning, acquiring a Brabus-tuned Mercedes G63 AMG with an output of 700 horsepower. It also gets the full proper body kit, wheels, suspension and brakes. This isn’t significantly faster than the standard version, but the fact it is a Brabus probably justifies the cost. 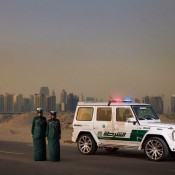 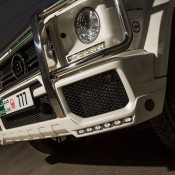 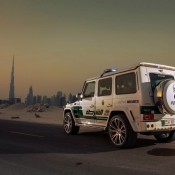 Dubai Police Brabus G63 AMG is wrapped in the Force’s official white and green livery and features lights bar and everything. The car will be on display at the upcoming Dubai Motor Show before joining the patrol fleet, by which we means getting tucked away in an air conditioned garage somewhere in Dubai.

A brand-new Mercedes SL63 AMG and an Audi R8 are also being prepared for Dubai Police. 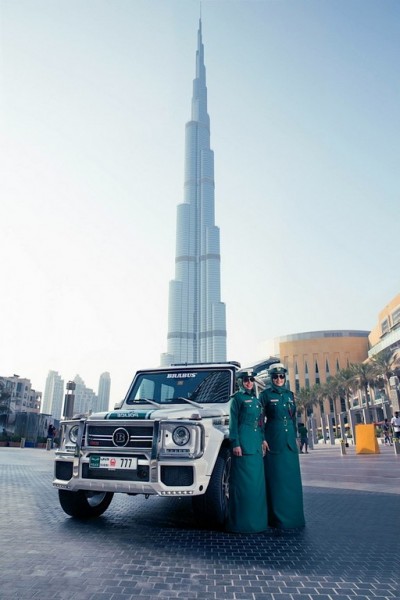