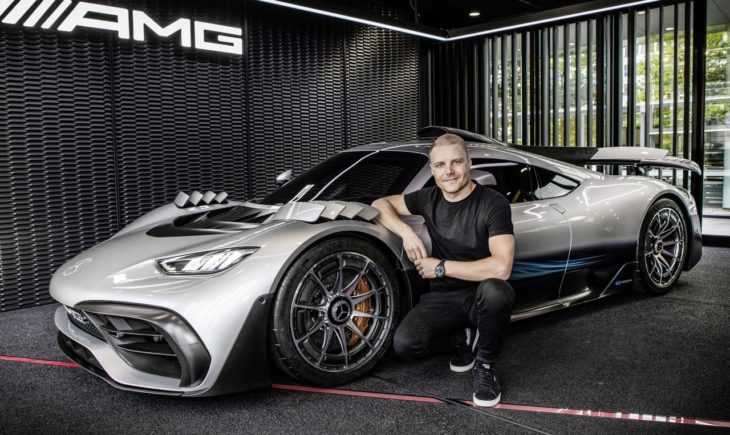 Perhaps because ‘Project’ is not a particularly sexy name, Mercedes-AMG decided to drop it from the name of their new hyper car. So the AMG Project ONE is henceforth called simply the Mercedes-AMG ONE. It’s succinct, it’s cool, and it’s memorable.

And it’s also a hint at all the Formula One technologies used in the making of the Mercedes-AMG ONE. The hybrid electric hypercar has a powertrain that closely resembles that of a F1 car. Looks-wise, too, the ONE is about the most dramatic and eye-catching car Mercedes has ever built. It even has a multi-part, two-stage extendable rear wing for Race mode which brings to mind Formula One’s DRS system.

Those lucky enough to be able to afford a Mercedes-AMG ONE get some special treats. AMG has created mobile showrooms with coffee bar, lounge and various information elements, such as touch screen animations, material samples and colour examples. The custom-built trailer with extendable sides also feature the car, obviously, and they get to check it out up close and see all the functions. The 1,000 horsepower beast with its 350+ km/h top speed is set to become the world’s top dog hypercar, though it faces some stiff competition from the likes of McLaren, Bugatti, and Koenigsegg. 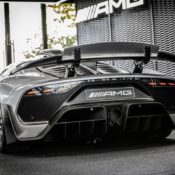 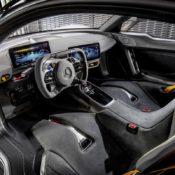 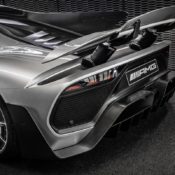 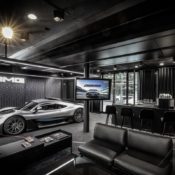 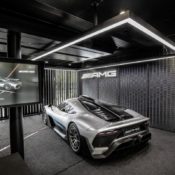 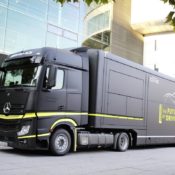 “Motorsport is not an end in itself for us. Faced with intense competition, we develop technologies from which our production vehicles also subsequently benefit. We are drawing on our experiences and successes from three constructors’ and drivers’ world championships to bring Formula 1 technology to the road for the first time: in Mercedes-AMG Project ONE”, says Dr Dieter Zetsche, Chairman of the Board of Management of Daimler AG and Head of Mercedes-Benz Cars.