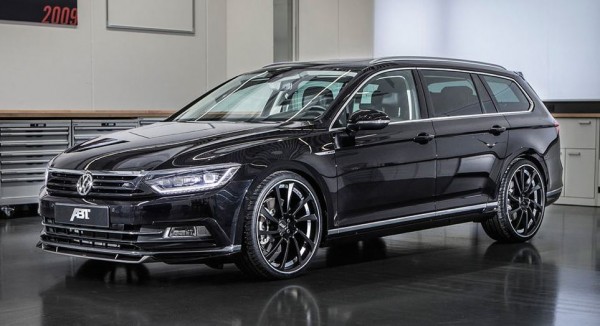 Yesterday we looked extensively at three of the finest cars Audi tuner MTM is bringing to this year’s Geneva Motor Show. Now let’s check out the offerings of the other prominent VW Group tuner, ABT Sportline, beginning with ABT VW Passat B8.

This heavily tricked-out version of Volkswagen’s benign station wagon packs lot of swagger and an equally impressive punch. The looks of the family wagon is enhanced no end through the use of a subtle yet effective aero kit, consisting of a front spoiler lip, grille, side skirts, mirror caps, rear skirt diffuser, and roof spoiler.

The styling package on ABT VW Passat B8 is complemented with a set of 20-inch ABT FR wheels, customized for this car with a black-painted corpus and front-polished double spoke. Backed up by ABT suspension springs with just the right amount of lowering, these rims looks seriously cool on the car.

As for the engine, thanks to ABT’s special engine control unit with its own software, the tuner has been able to boost the output of the Passat’s 240 hp diesel engine, presumably its most popular engine, to 280 horsepower. That is a good gain, considering the force behind it is a few lines of codes. 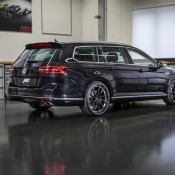 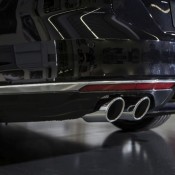 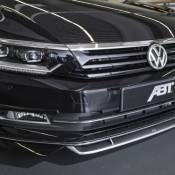