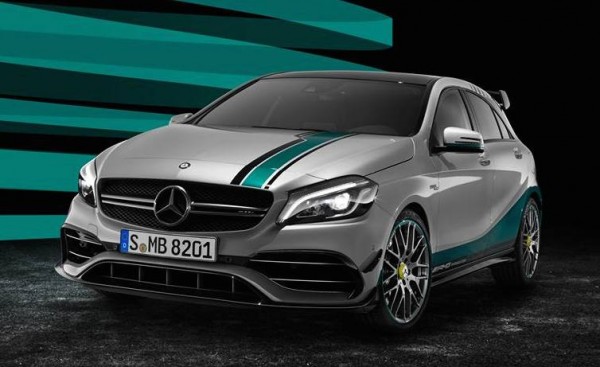 You would think that winning the Formula One world championship title would warrant a nicer special model than an A-Class – an indeed last year they based it on the SL63 AMG. But to celebrate their 2015 title Mercedes-AMG has come up with this, the Mercedes A45 AMG 2015 World Champion Edition.

It might only be a hot hatch, but it’s a special one. After all, Mercedes A45 AMG 2015 World Champion Edition celebrates the Constructors’ World Championship, the Drivers’ Championship and runner-up titles by Lewis Hamilton and Nico Rosberg. Boasting special features inside and out, this car is dubbed “an everyday Silver Arrow.”

The design of Mercedes A45 AMG World Champion, as you would expect, is inspired by that of the Mercedes AMG Petronas Formula One car with a silver base and green graphics, complemented with 19-inch wheels and a carbon fiber aero kit. You can order other colors, but they all have a grayish hue about them, so you best stick with the default.

As for the interior, Mercedes A45 AMG World Champion Edition features the Dynamic Plus package with sport seats wrapped in leather and Alcantara, or DINAMICA, and styled with green stitching and piping to match the green trim pieces on the dashboard. They are almost cool enough to justify the 65,402 EUR starting price of this car. 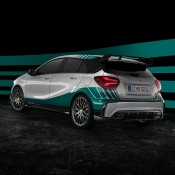 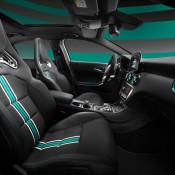 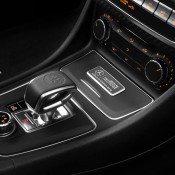