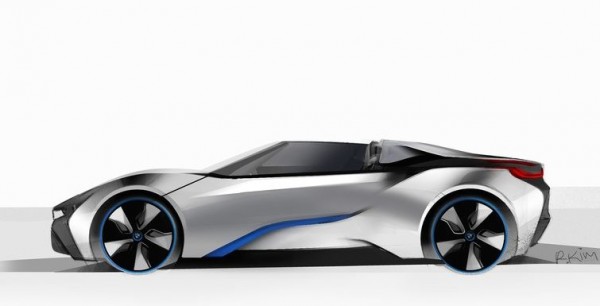 At the 2016 Consumer Electronics Show in Las Vegas, to be held in January, BMW will reveal another open-top, concept version of the i8 hybrid sports car. Unlike the first BMW i8 Spyder, this one is said to be virtually production ready.

The new BMW i8 Spyder concept has apparently dealt with the issues the caused the first version to be put on the shelf for a long time. The engineers must have found a way to chop the roof of the i8’s carbon fiber and plastic body without compromising its strength and rigidity. The decision to unveil the result at a tech show like CES hints at a possible innovative solution.

In terms of powertrain, the BMW i8 Spyder is not likely to be any different from its hardtop counterpart. The production version will get the same hybrid powertrain consisting of a three-cylinder turbo engine working in tandem with one electric motor at the back and one in the front to give you 357 horsepower and 420 pound-feet of torque for a 0-100 km/h time of 4.4 seconds. The Spyder might be a tad slower, but it won’t significant.