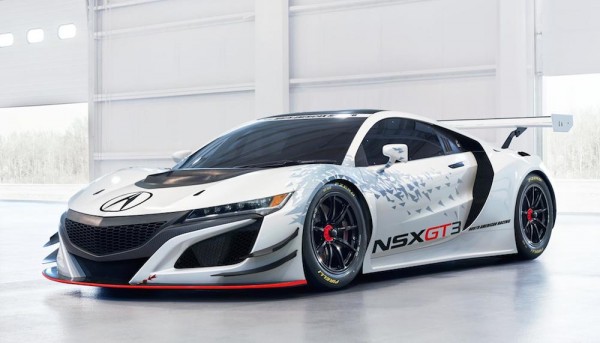 Now that the road-going Acura NSX is finally on its way to the showrooms, it’s time for the company to start rebuilding the car’s motorsport career. And they are doing that by entering the FIA GT3 series with this, the new Acura NSX GT3, which is being tested prior to homologation this fall and hitting the track in 2017.

Based on the production model, Acura NSX GT3 racer custom bodywork and aero components including a large deck wing spoiler, underbody diffuser and enlarged hood vents as needed by a high-performance track car. The body is made by the firm’s Performance Manufacturing Center in Ohio. The engine will be the same 3.5-liter twin turbocharged DOHC V-6 unit sans the hybrid stuff and mated to a 6-speed, sequential-shift racing gearbox, delivering power to the rear wheels.

So in a way, Acura NSX GT3 shows what the road-going version could have been like if it was a focused, stripped-down sports car. It’d look cooler and go a lot faster, but it wouldn’t do very well in today’s market and its demand for technology features and green powertrains. 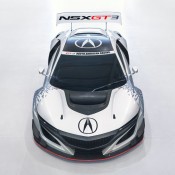 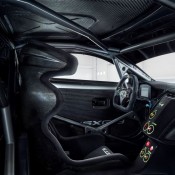 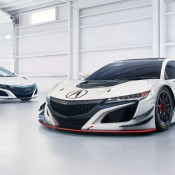 “The NSX was designed as a pinnacle expression of Acura Precision Crafted Performance, and we’re looking forward to proving out its ultimate performance capabilities in GT3 racing,” said Art St. Cyr, president of Honda Performance Development.  “We’ll be working with the NSX engineering teams in Ohio and Japan to bring our dream of a truly world-class new Acura NSX racecar to fruition.”