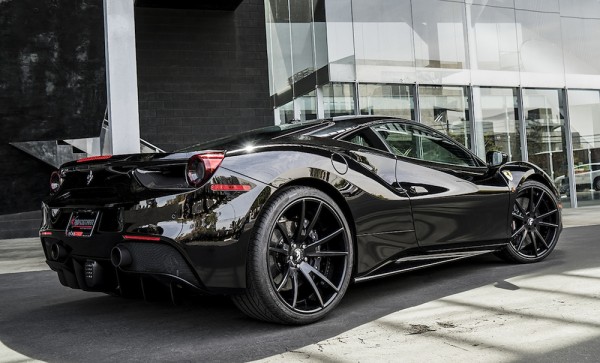 You know Forgiato Wheels as a builder – or at least a contributor – of some of the most ostentatious tuner cars the world has ever seen. But sometimes these guys go the other way and come up with stuff that oozes coolness — stuff like this Black on Black Ferrari 488 GTB.

Now, some people may scoff at this car because black paint job does sort of obscure the beautiful curves of the 488, and they do have a point. But all the same, it is very cool to have a beautiful car in a discreet and understated color. It is a sign you are in possession of an exquisite taste and tend to steer cleat of showoff-y things. You are not what scholars would call a “parvenue” who’s going mad with his new status. 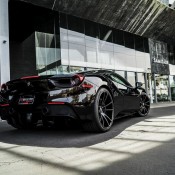 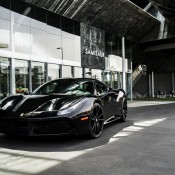 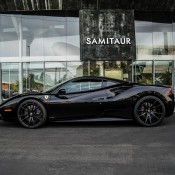 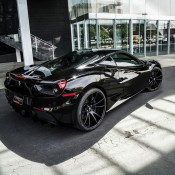 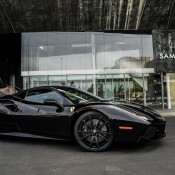 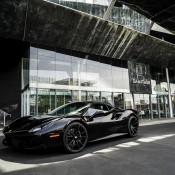 So Forgiato’s Black on Black Ferrari 488 features a set of F2.01 wheels finished in matte black in a staggered setup measuring 20 inch on the front axle and 21 inch on the rear. As for the effect the new wheel size might have on the performance of the car, well, it won’t matter when you have 660 horsepower and 560 pound-feet of torque at the disposal of your right foot.