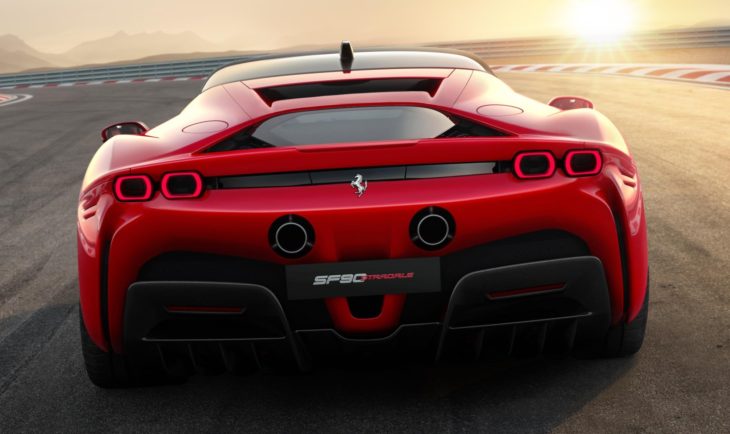 So Ferrari gave us all a massive jolt last night by revealing their first-ever proper hybrid car. The SF90 Stradale, as it’s called, introduces a number of significant firsts for Ferrari and takes the world’s most iconic automotive brand into a whole new era. This is the first Ferrari supercar with four-whee-drive, the first with a proper hybrid mode, and the first with an e-drive, zero-emission mode!

That is right, we all lived to witness the day Ferrari went electric. Well, they’ve gone “electrified” to be more precise. But still, it is quite a significant occasion when the sportiest, most hard core of all the auto makers says alright, we’re gonna get into this electric game because that’ where the industry is headed. The cool thing about Ferrari’s shift toward electrification, though, is that they’ve done in a most Ferrari-like way.

What we mean by that is, well, the Ferrari SF90 Stradale has one thousand horsepower! So yeah, electrification for Ferrari is not really about how much more fuel efficient they can make the engine, but rather how much more juice they can get out of it. So they hooked up a 200 horsepower hybrid module between the internal combustion engine and the gearbox – what they call the MGUK (Motor Generator Unit, Kinetic) . Speaking of the internal combustion engine, it’s a V8 unit out of the 488 Pista with as near as makes no difference 800 horsepower.

The students of the hybrid school know that that makes the SF90 Stradale a four-wheel-drive car. That hybrid module consists of no less than three electric motors which make up the full-electric front axle. Needless to say, there is some super clever electronic wizardry going on in side the car’s computer to utilize this system, along with the output of the V8 engine, to make this car a super-sport-oriented 4WD. And, judging by the numbers, it does a pretty good job of it: 0-100km/h in 2.5 sec and 0-200km/h in just 6.7 seconds. 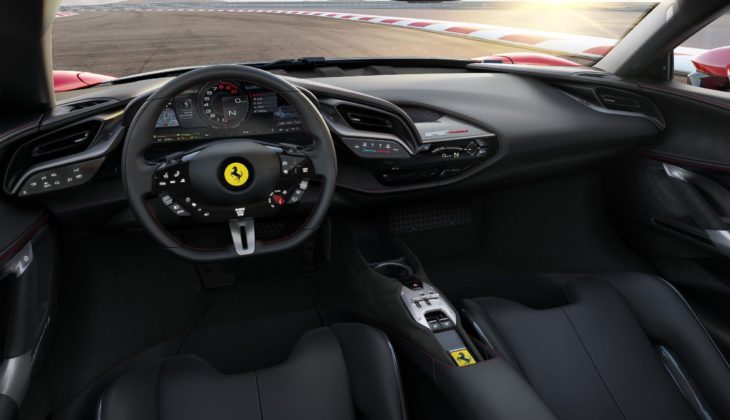 Ferrari SF90 Stradale also introduces a number of new technology and sport features never seen before on any model by the Italian brand. As for the looks, while the SF90 certainly is striking and quite supercar-like, it does look a but underwhelming from some angles, at least for something with a 1,000 horsepower and more technology than a spaceship. Maybe it’s just us, but there is some very 80’s design features incorporated in the styling of this car which, we reckon, the customer base for this car will actually appreciate since most of the people who can afford this thing are in their forties and fifties. 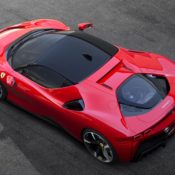 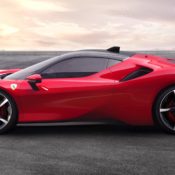 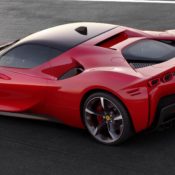 eDrive: the internal combustion engine remains off and traction is entrusted entirely to the electric front axle. Starting with a fully charged battery, the car can cover up to 25 km in this mode. This mode is ideal for city centre driving or any other situation in which the driver wishes to eliminate the sound of the Ferrari V8.

Hybrid: this is the default setting when the car is turned on, in which the power flows are managed to optimise the overall efficiency of the system. The control logic autonomously decides whether to keep the internal combustion engine running or turn it off. If it is on, the internal combustion engine can run at maximum power thus guaranteeing powerful performance whenever the driver requires.

Performance: unlike ‘Hybrid’, this mode keeps the ICE running because the priority is more on charging the battery than on efficiency. This guarantees that power is instantly and fully available when required. This mode is best suited to situations in which driving pleasure and fun behind the wheel are the main focus.

Qualify: this mode allows the system to achieve maximum power output by allowing the electric motors to work at their maximum potential (162kW). The control logic prioritises performance over battery charging.