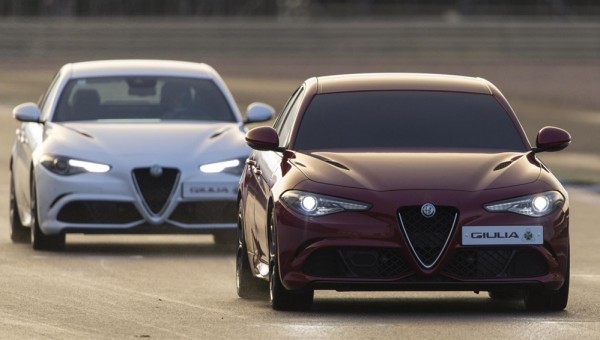 In one of the weirdest publicity stunts any car maker has ever come up with, Alfa Romeo UK decided to mark the arrival of the new Alfa Romeo Giulia QV in the country with a blindfolded lap of the Silverstone track. Nope, we can’t work out what’s the point of such exercise, either.

They say the blindfolded lap is a world-first, but loyal viewers of the old Top Gear will recall clearly they have seen this before on the program. And we’re not talking about the time Clarkson went around the TG track with a blind man behind the wheel. In the Top Gear Apocalypse DVD which they released in 2010 Richard and James had a similar challenge with the windows of their cars blacked-out to simulate a nuclear winter where there is no light.

At any rate, the 510hp, 600Nm Bi-Turbo V6 Alfa Romeo Giulia QV managed to lap Silverstone’s National circuit in 1:44.3secs with the windows of the car covered with black vinyl. The car was driven by Ed Morris – the youngest ever British driver to compete at Le Mans 24 hour – and David Brise directing from a second Quadrifoglio behind, and they had spent two days practicing the gig. So a lot of effort has gone into this, but again, we really can’t see the point of it.