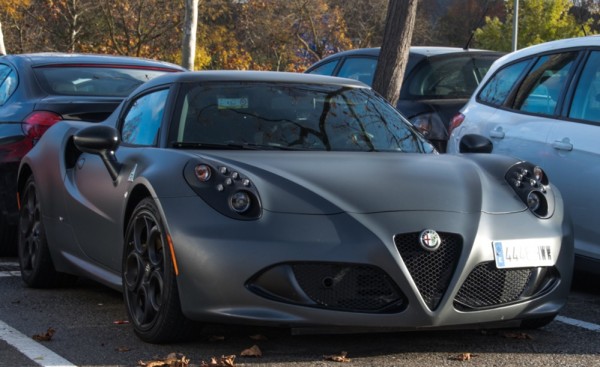 While all frozen, or matte, paint finishes are cooler than their metallic or glossy counterparts, some like Gunmetal Grey are just in a whole new level of coolness that even looking at them will give you a chill. That’s how we felt upon laying eyes on this gorgeous Gunmetal Alfa Romeo 4C.

I know, I know, this 4C has the rubbish weird headlights that Alfa should have never introduced. But swapping those with a set of regular lights from the 4C Spider is a simple matter and after that this thing would become one of the coolest cars in the Milky Way. Come to think of it, we’d rather have a Gunmetal Alfa Romeo 4C Spider. Yep, that one has the added benefit of being rare and also a drop top, qualities that certainly lower the temperature further down.

Just to recap for those who have forgotten what the 4C is all about, it’s a pure-bred sports car made to be light and agile and fun to drive. That is why it’s only got a 1.8 turbo four-banger in the middle and a lot of air under the permanently shot bonnet. It’s also got a wonky interior with lots of plastic stuff, but we count that as another sign of coolness for this car. It just doesn’t give a crap if you are comfortable or not! 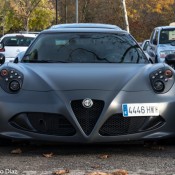 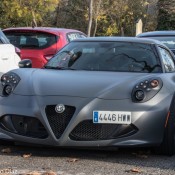 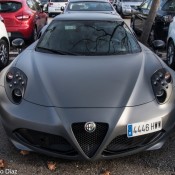 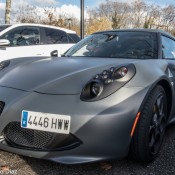 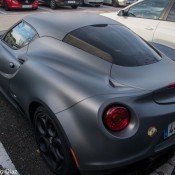 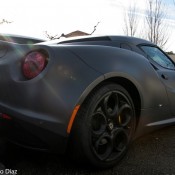