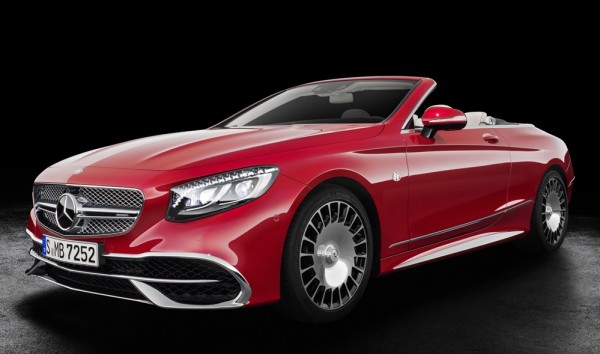 As expected, Mercedes-Benz dropped the official photos and details of the Maybach S 650 Cabriolet before the car takes center stage at the Los Angeles Auto Show. Pitched as the ultimate open-air cruiser, this sexy Maybach hits markets in the spring of 2017, is limited to 300 units, and has a price tag of 300,000 euros. All very neat and tidy.

OK, now we have to say it all make sense. We were kind of skeptical of Mercedes’ intentions in launching a drop-top Maybach when they have a range of exquisite S-Class Cabrio models. But the fact that Maybach S 650 Cabriolet is a limited edition, and the specs it boasts, make this whole thing a sound business decision. We are prepared to bet anything all 300 units of the S 650 will be bought within hours of it going on sale.

Powering the beautiful Maybach S 650 Cabriolet is a 6.0?litre V12 engine with an output of 463 kW (630 hp) which makes this cabrio the most powerful in Merc’s lineup (0 to 100 in 4.1 secs, top speed limited to 250 km/h). To make sure onlookers won’t mistake this high-end product with a run-of-the-mill S-Cabrio the designers have come up with a new front bumper with upgraded lower section and also numerous chrome highlights for it, and also fitted it with exclusive 20?inch Maybach forged wheels in a bichromatic finish.

As for the interior, which is one of the most important parts of any Maybach, the S 650 gets trim elements in designo nut brown magnolia in gloss finish or “flowing lines” design which has a 3D effect wood veneer, exclusive upholstery colors including all-new pastel yellow/black to porcelain/saddle brown, embroidered and embossed logos, deep-pile floor mats, chrome-plated “1 of 300” lettering on the cup holder, steering wheel with Maybach lettering on the lower bezel, and features such as AIRCAP, AIRSCARF and Swarovski headlamps.

Included as standard inside the trunk of every Mercedes Maybach S 650 Cabriolet is an exclusive travel luggage set from MAYBACH – ICONS OF LUXURY with the same design as the interior and a welcome pack with a key ring made of the nappa leather used in the vehicle and in the interior colour, with Maybach emblem and “1 of 300” lettering, as well as a certificate signed by Dr Dieter Zetsche, the boss of Mercedes-Benz. 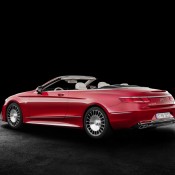 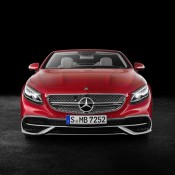 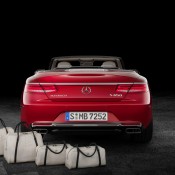 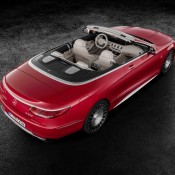 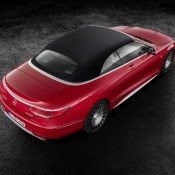 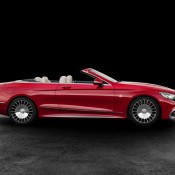 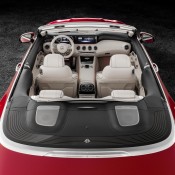 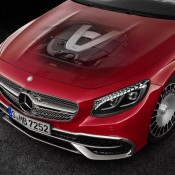 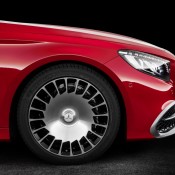 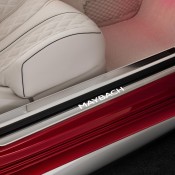 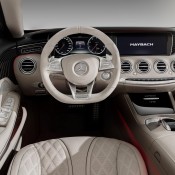 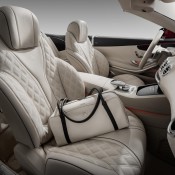 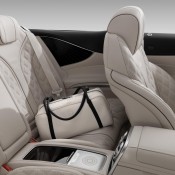 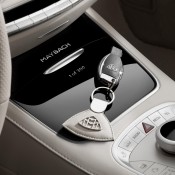 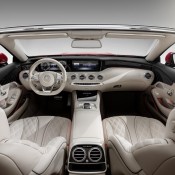