Latest @ MW
Home /For Engine Geeks: EcuTek Connects Your iPhone to Your Engine 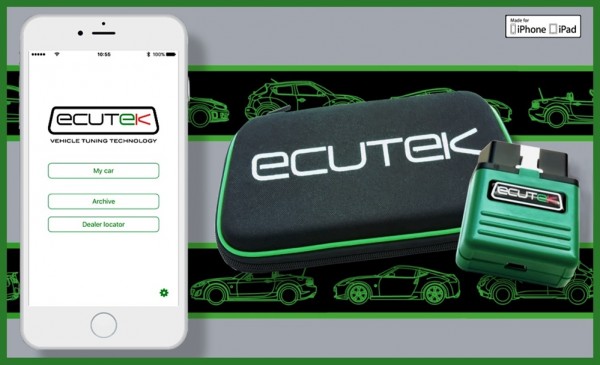 The last thing the world needs right now is for the people who jailbreak electronic devices and do all sorts of pointless crap with their phones to be enabled to extent their geekery to cars. But that is exactly what this new gadget EcuTek does, allowing people to connect their phones to the ECU of their cars and wreak all the havoc they want.

Right now it is certain Japanese performance cars EcuTek allows you to modify using your iPhone or iPad. But it’s only a matter of time before some thirteen-year-old improves this thing and makes it a universal tool for messing around with engine control units of all makes and models. It’s one thing having this equipment in the hands of professional tuners who know what they’re doing, quite another when it lets Johnny two-wrench to alter parameters of the engine in his 2002 Civic.

But EcuTek thinks you should have total control over how your car works – you know, since you no longer have any control over your life, wife, kids,… – and has even made the system wireless for you. You plug a compact module in the car’s OBD-II diagnostic port and hey presto, all you need to “tune” your engine now is Bluetooth and an app. It’s not all potentially disastrous though, as the thing also includes a Performance Analyser which records your 0-100 runs and quarter-mile times and even allows you to share them on social media.

As for the more dangerous powers the EcuTek thinks you should be trusted with, the paramerters you can change in the ECU include: