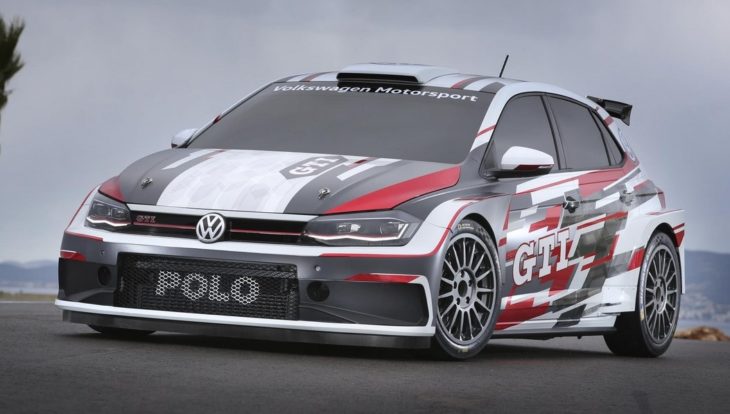 Following a very intriguing preview, today Volkswagen revealed the 2018 VW Polo GTI R5 rally car in the flesh. As with the rest of the new generation of street model-based rally cars, the R5 Polo is a superb looking creature. The new WRC season is going to be a delight to watch just because of the cars.

In fact we probably would not care about the competition itself! But in any case, 2018 VW Polo GTI R5 is locked and loaded to win races, what with sophisticated chassis, suspension and aerodynamics, a 272 hp turbo engine, four-wheel drive and new safety package. The engine is, of course, is the same basic motor used in the road-going Polo GTI according to the new rules, and it has a capacity of 1.6 liters. TheR5 is a totally different beast though, weighing 1,320 kg and boasting close-stepped, sequential, five-speed racing gearbox and permanent four-wheel drive. The little racer rockets from 0 to 100 km/h in 4.1 seconds. 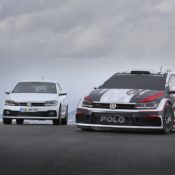 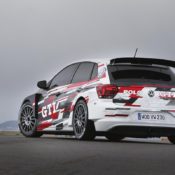 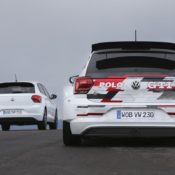 “The Polo GTI R5 came through the initial tests without any problems. The feedback from the test drivers was very positive,” says Technical Director François-Xavier “FX” Demaison. “It is obviously beneficial to be able to call upon an experienced team of engineers and mechanics, who helped to develop the Polo that won the world championship. And it goes without saying that, as we have in the past, we are also taking advantage of the close and excellent cooperation with the colleagues in the technical development department in Wolfsburg, as well as our Škoda colleagues, who have been offering their customers an R5 car since 2015.”