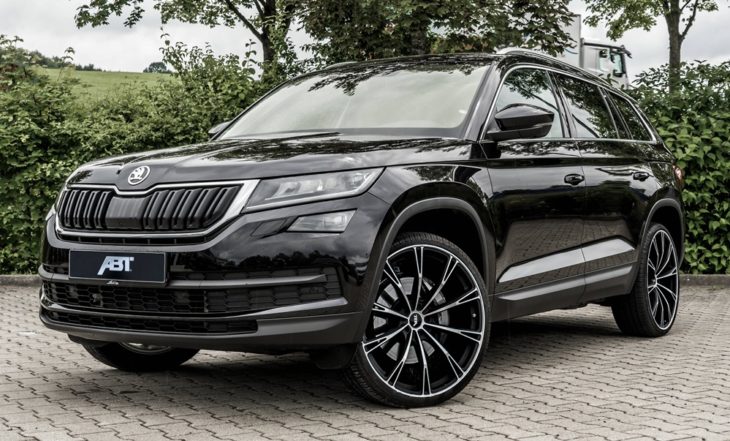 You may not know this, but Skoda Kodiaq is named after a species of brown bear. But truth be told, the SUV is not terribly bearish in terms of power and performance. Fear not though, because there is no the ABT Skoda Kodiaq, upgraded by the famous VW Group tuner to get a significant power upgrade.

Power kits are available for both diesel and petrol engines, starting with the 2.0 TSI unit which gets 216 horsepower and up to 360 Nm of torque. That is a goodly boost considering the stock engine makes no more than 180 hp and 320 Nm. Now you might argue that the increase in torque is not really remarkable. Fair enough. If it’s torque that you want then you should go for the ABT Skoda Kodiaq powered by the 2.0 TDI. 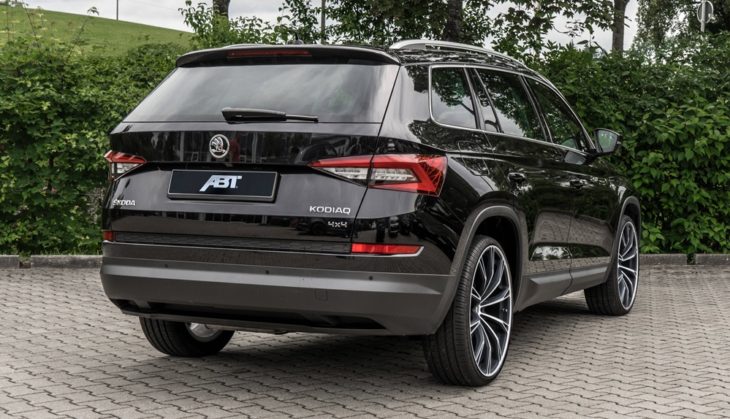 The diesel version comes as standard with 190 horsepower and 400 Nm of torque. That is already a sizable chunk of oomph. But when ABT is through with it, those numbers shoot up to 215 hp and 440 Nm of torque. Now that’s a lotta torque in a family SUV and it results in smooth acceleration and effortless overtaking maneuvers. There is a weaker 150 hp version of the 2.0 TDI available as well which ABT boosts to 180 hp and 380 Nm.

As for the looks, the only tweak ABT Skoda Kodiaq can be specified with for now is a set of sporty wheels, available in sizes from 18 to 21 inch, in various designs and paint finishes.