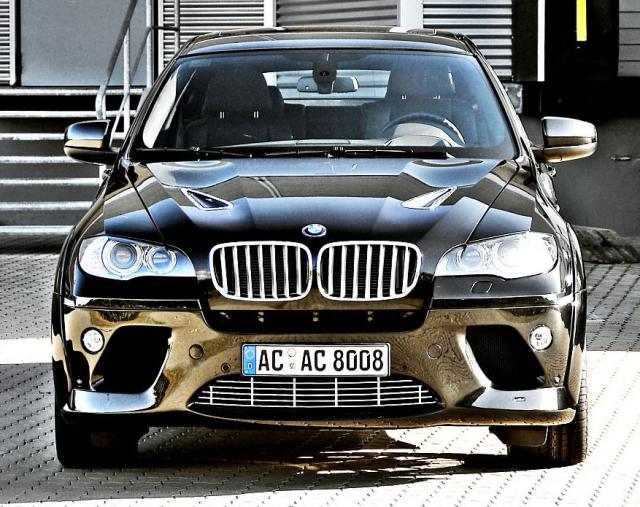 German tuner AC Schnitzer announced one of it’s best preparing for SEMA, they call it Falcon! Despite the cool name, what they’ve actually done here is taking a BMW X6 and making it horribly ugly!

specially in this two tone color it is hideous. Front bumper is awful, those holes in boonet are miserable , exhaust pipes suck and …. you struggle to find a good point in their work, really. They just made a mess out of bodywork. So maybe in terms of performance they return. There is upgrades available but… for diesel range! It adds some horsepower to them,..oh It is so boring I can’t even bare to write about it, Damn! 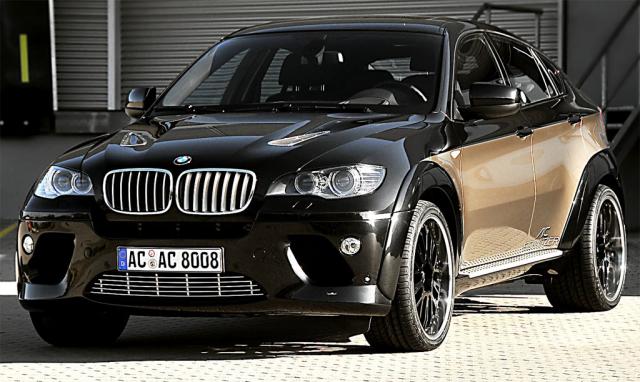 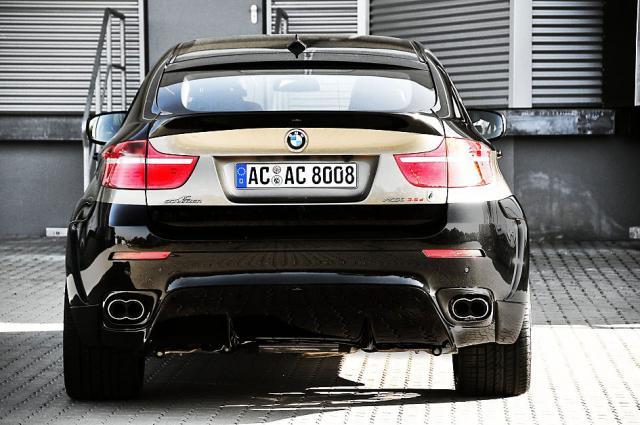 Fortunately, It comes in a proper black version too, which looks much much better than the car mentioned above. Ac Schnitzer is a brilliant company with a remarkable portfolio, so they shouldn’t be judged by one or two not so prefect works. 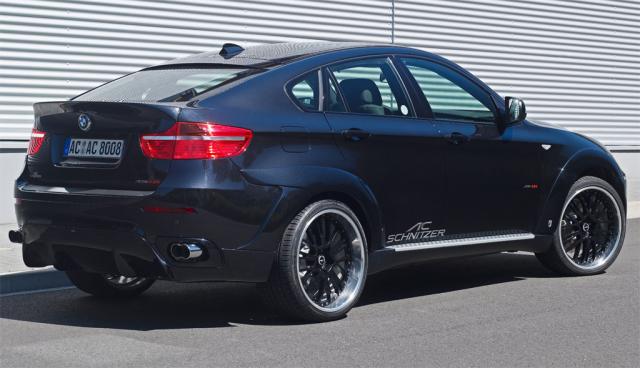 Falcons are becoming increasingly common in town. Now a particularly imposing variant of the agile predator is conquering the road valleys with its broad wings: the Falcon based on the X6 by AC Schnitzer. It follows the styling features of the X5 version of the same name, already successfully launched. Other identifying marks are the striking wing extensions of PU-RIM, a high quality plastic which is far more flexible and robust than for example GRP laminate or deep-drawn materials. Such as ABS. The dimensions of the X6 in the attractive lengthways format are 70 mm wider at the front axle and 80 mm wider at the rear. In other respects too the Falcon is perfectly adapted to its habitat. Instead of sweeping through the sky, it swept around the North Loop of the Nürburgring in numerous laps until the chassis developers and Engineering Director Manfred Wollgarten were totally satisfied with the setup of the new AC Schnitzer springs. Now the X6 remains firmly on the ground even at speeds which a normal falcon only achieves in a nosedive.

And of course, on every corner. Downforce instead of lift, was the motto in the design of the impressive plumage, styled by Chief Designer Michele Viandante. The aerodynamics package includes a front skirt with diagonal air inlets, and repositioned fog lamps. The submarining protection has been removed in favour of a dynamically contoured spoiler edge. The Falcon rear now wears a solid skirt with edge frame. In contrast to the original, all components are painted in body colour throughout, so that the body appears drawn further down and hence more dominant.Instead of the submarining protection also originally fitted here, AC Schnitzer has opted for a rear diffuser and completed the effect with a new rear spoiler.

While birds generally sing in high keys, the bass engine note of the Falcon is more suggestive of a big cat. The twin-flow exhaust system in AC Schnitzer Racing Design however has an excellent resonance section. A lot of noise about nothing? On the contrary: thanks to the Control Unit, AC Schnitzer takes the series diesel engines, already excellent as standard, of types 30d and 35d to 200 kW / 272 HP instead of 173 kW / 235 HP, and 228 kW / 310 HP instead of 210 kW / 286 HP respectively. Perfect handling with corresponding Look and Feel is achieved with the “EVO” 3-spoke sports airbag steering wheel.

Instead of the falconer’s rings, the “legs” of the Falcon are decorated with the multipiece AC Schnitzer alloy wheels Type Vll. With black or silver paint and a dense sequence of spokes, the 22″ rim perfectly complements the challenging appearance. The alternating spread angle of the web pairs gives a refined look. Decorated and equipped in this way, the AC Schnitzer Falcon really has no natural enemies out there.