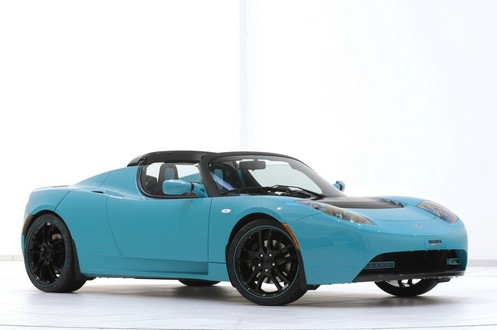 While making 700+ hp cars, Brabus also has to do some environmentally friendly activities to balance things out. But this being Brabus, even their green efforts are ambitious!  They have a new customization program for the Tesla Roadster, titled the Green Package, and it comes with a high-tech quick charging station for the customer’s garage and free electricity for 30,000 kilometers.

The quick charger is three times faster than charging the two-seater at a normal household power outlet, yet it takes 6 hours to fully charge the batteries. The Green Package also includes a one-year pass for free use of all public RWE charging stations.

There are also more conventional upgrades as well, for instance you get a revised the front fascia with an especially light carbon-fiber front lip and LED daytime running lights integrated into the front grille. The sides of the TESLA are refined with futuristic BRABUS underfloor ‘Space Lights.’ They are activated with the keyless fob or by opening a door, and at the rear you get rear wing and the BRABUS rear diffuser.

Although it’s called Green, but Brabus can provide much more than that, from conventional metallic and non-metallic paints in any color imaginable to matte paints and effect paints with genuine crystals!

Tesla Roadster is also equipped with weight-optimized BRABUS Monoblock S alloy wheels in size 7Jx18 in front and in size 8.5Jx19 in the rear. The matching high-performance tires in sizes 215/35 ZR 18 in front and 255/30 ZR 19 on the rear axle were selected specifically for their low rolling resistance.

The package for the TESLA Roadster also includes exclusive options for the interior, which includes items like scuff plates with illuminated BRABUS logo and soft and durable BRABUS perforated lightweight leather and Alcantara. But the most interesting feature is the new speed-dependent space sound generator by which you can choose between various engine sound simulations such as the sound of a typical V8, a racecar or two futuristic soundscapes called Beam and Warp! 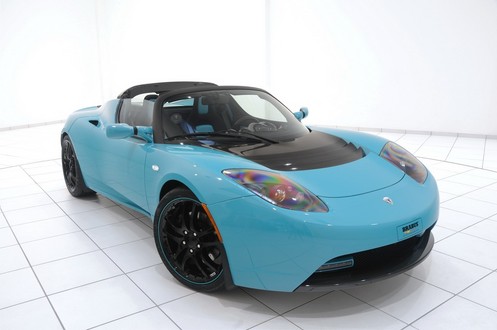 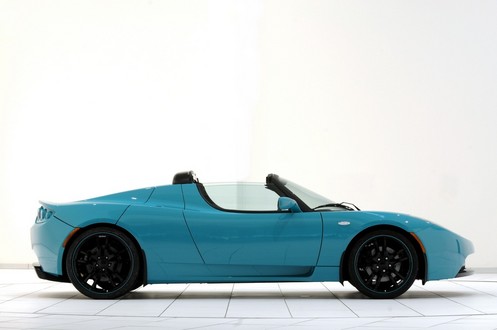 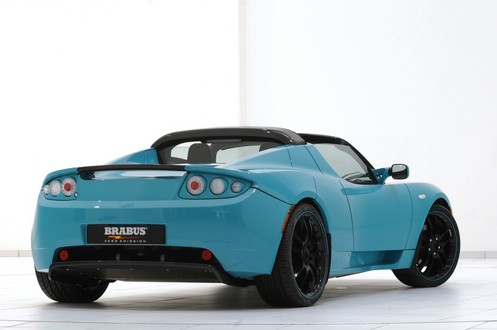 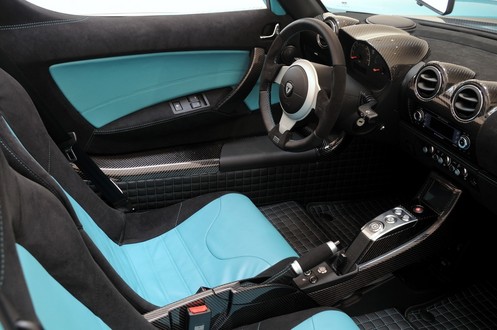