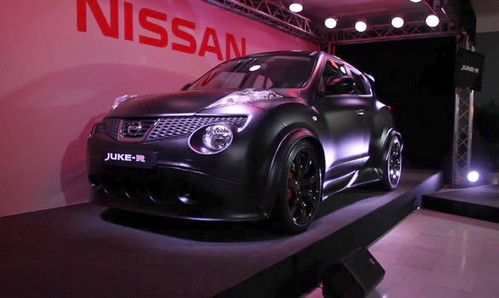 So far Nissan has only released a single image of the Juke-R and a bunch of frankly boring teaser videos. But here’s the video from the unveiling ceremony held a few days ago at 2012 Nissan Qashqai press event in Malaga. It reveals the car in full. Nissan Juke-R is powered by the Nissan GTR engine developing 480bhp, to create the world’s fastest crossover. Watch it after the jump.