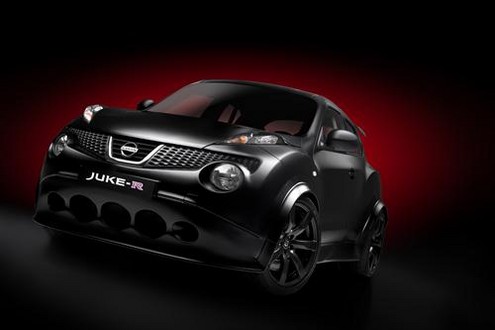 Nissan is finally ready to reveal the Juke-R in its full glory. It looks pretty awesome.

The idea behind Nissan Juke-R for those of you who don’t know, is to have a cutesy crossover powered by the Nissan GTR’s massive biturbo V6. They pulled it off, although that engine makes 480 bhp in this car not the full 520.

Sadly it’s not a production model, they will only make two units one left-hand and one right-hand-drive.

The Juke-R features a mean matte black finish which is not very clear in these dark images Nissan has released but you can clearly see the unique body kit with massive bumpers, side skirts, and a two-piece roof spoiler, as well as the rear diffuser with two mahoosive tailpipes. The car also gets GT-R’s 20-inch RAYS forged alloy wheels in its flared arches.

Inside the cabin the car is fitted with a motorcycle-inspired console, twin race seats, full race harness and a race-spec roll cage. GT-R steering wheel, pedals, dials and 7-inch touch-screen display are built into a modified version of Juke’s dashboard. 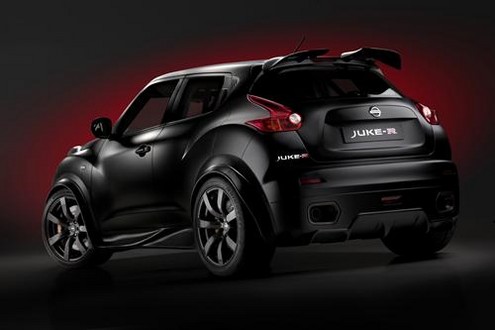 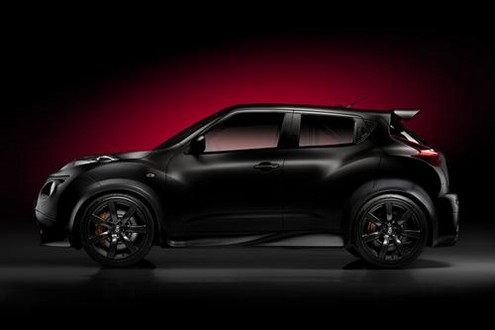 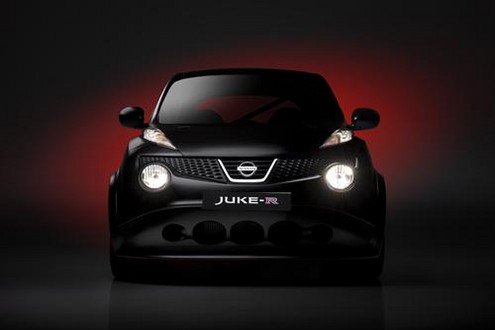 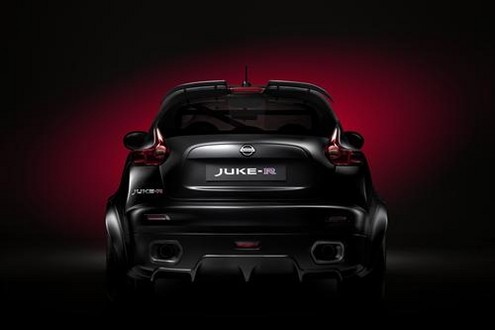 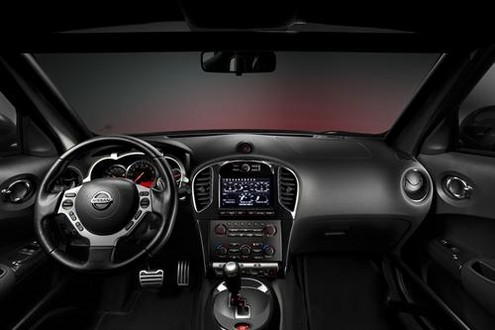 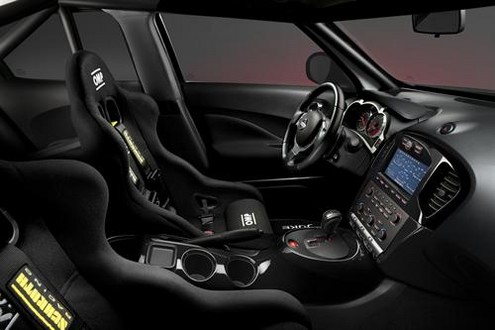 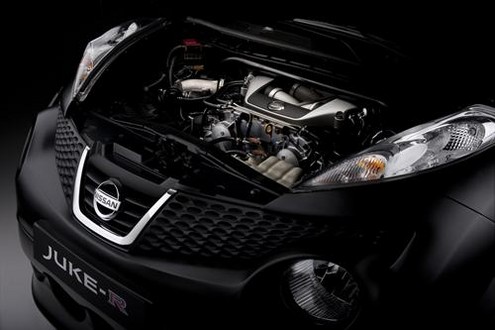